Where Will Nvidia Stock Be In 5 Years? Principally known for its high-performing graphics processing units (GPUs), semiconductor giant Nvidia reported a record-breaking year in 2022. The firm’s annual revenue was up 61% at an unprecedented $26.9 billion, while earnings improved 123% to bring in a total of $3.85 per share.

Moreover, the business also witnessed huge increases in some of its core businesses over the previous half-decade. For example, its Data Center segment – which accounted for 40% of FY22’s overall sales – has expanded at a compound annual growth rate of 66% since 2017.

Indeed, as Nvidia alludes to in its corporate literature, today’s “data centers are essentially becoming AI factories,” and the microchip technology revolution is fueling this renaissance.

But does the company have what it takes to maintain this momentum for another five years – or are there too many headwinds to contend with over the coming quarters? 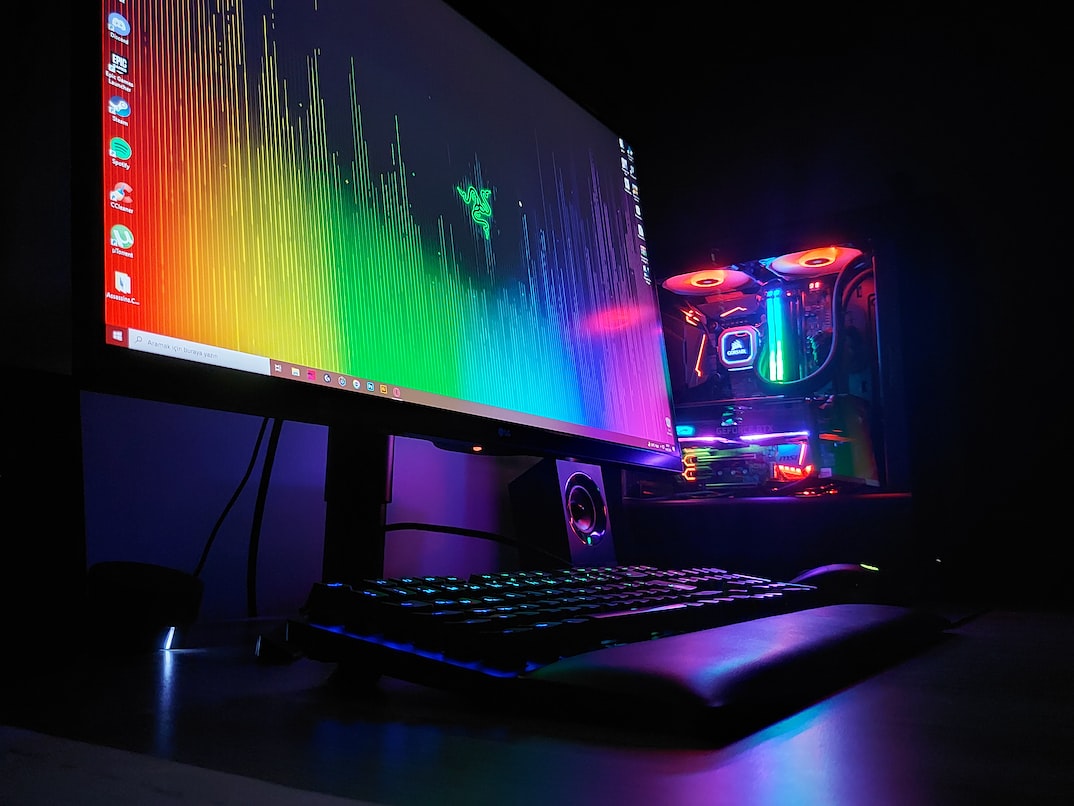 Nvidia’s Fortunes Are Largely Out Of Its Control

Graphics cards have become an increasingly critical piece of hardware for cryptocurrency mining of late, as interest in digital assets has exploded. This has led to a corresponding increase in demand for GPU technology, which is used to mine popular blockchain-based tokens such as Bitcoin and Monero.
In fact, because mining is so computationally intensive, heaps of processing power is required to solve the complex mathematical problems needed to validate transactions and earn rewards. Luckily, GPUs are specialized microchips that are well-suited for this task due to their ability to perform multiple calculations simultaneously.
Indeed, there’s a strong correlation between the performance of Nvidia’s gaming vertical and the state of the cryptocurrency market as a whole.
For instance, when the cryptocurrency market is doing well – and the value of cryptocurrencies is increasing – there’s a more robust demand for GPUs, which can drive up the sales of Nvidia’s products.
On the other hand, when the crypto market’s in decline, there is less demand for GPUs, leading to a corresponding decrease in Nvidia’s revenue.
This close correlation between NVDA’s top line and the digital assets ecosystem highlights the importance of GPUs, and underscores the volatile nature of cryptocurrency in general.
As a result of weakening sentiment, it appears that mining is no longer the profitable endeavor it once was. This has affected Nvidia’s Gaming revenue quite severely, which was down 51% in the third quarter with sales of just $1.57 billion.
While that is not ideal, it’s also worse because many of the catalysts that have contributed to this scenario are not things that NVDA can do much about.
Moreover, the areas where Nvidia is showing promise – such as its Automotive venture – are still fledgling efforts. And although the business benefits from multiple secular growth drivers like the transition to self-driving cars and autonomous vehicles, this part of the company only generated 2% of last year’s total sales.

The Impact Of COVID Is Still Being Felt

As the coronavirus pandemic took hold in 2020, many businesses – particularly car manufacturers – anticipated significant declines in sales, subsequently reducing their microchip orders by an appreciable margin.

However, the sudden shift to remote work also led to a rapid acceleration in the need for digital products relying on semiconductors to function.

Naturally, this increased the sales of home IT equipment as many people sought novel ways to adapt to the new normal. Needless to say, as car companies reduced production, the demand for these other types of products only grew.

As a result, the chip supply chain faced significant strain, which only got worse when automotive production ramped up again. Unfortunately, many of the components needed for microcontroller fabrication had been used for smartphones and other devices, resulting in a massive shortage for the vehicle industry. To counter this, semiconductor firms attempted to maximize their output to compensate for the shortfall.

At present, this spike in demand is primarily affecting wafer foundries, particularly in the area of wafer starts. Therefore, to increase production and address those problems, manufacturers are investing billions of dollars into building new fabrication plants.

However, this is a long-term solution, as these new facilities are not expected to be fully operational until 2023 or later.

Indeed, once a fab is active, it can take four months to complete the production process, starting with the design and ending with final testing and packaging.

Moreover, as manufacturers prioritize earlier orders using their existing semiconductor inventory, production is lagging even as fabs come back online.

This is terrible news for fabless semiconductor companies like Nvidia, who outsource the manufacturing of their chips to other enterprises known as foundries. The term “fabless” here refers to the fact that these operations do not have their own fabrication facilities or “fabs.”

Despite the apparent benefits of being fabless – including lower capital costs and greater flexibility – it also exposes Nvidia to the same headwinds that foundry plants face too.

And with no end in sight to these supply chain issues, the problems this causes NVDA could take many years to resolve.

Is Nvidia A Buy?

Companies that command high valuations can usually improve their business fundamentals at a lightning-fast rate.

That being said, it’s not necessarily the case that every stock sporting a steep premium will always perform as expected.

Indeed, that appears to be the case with Nvidia right now. The firm’s shares are rated to be worth more than 44x its forward earnings, while its EBITDA growth has declined by almost 11% in the past year.

While this isn’t ideal, it doesn’t mean that NVDA is a poor business. What it does mean, however, is that potential shareholders should wait until its price falls and the company trades at a more modest financial multiple again.

Where is NVDA Headed Next?

Is NVIDIA A Buy Over The Next 30 Days?