What Is Benjamin Graham Known For? An early figure in the world of stock investing, Benjamin Graham has had a massive impact on the modern financial world.
Graham is most notable for his association with Warren Buffett, and his achievements included literally writing the book on value investing and running one of the earliest investment funds. Here’s the fascinating story of one of America’s investing titans.

Why Is Benjamin Graham Famous?

Benjamin Graham is popularly known as the father of value investing and the teacher of investment legend Warren Buffett.
Graham was the author of the essential financial book The Intelligent Investor. In this book, Graham laid out the basics of value investing, explaining that the whims of markets ultimately result in mis-priced assets.
When investors identify substantial differences between price and intrinsic value, Graham posited, they have large opportunities for profit.
In The Intelligent Investor, Benjamin Graham explained three key principles that have guided investors for decades. The most famous of these is the hypothetical Mr. Market, a person who offers investors the same assets at radically different prices on different days.
Per Graham’s advice, investors should buy from Mr. Market when the prices make sense, but refuse to buy when they don’t. This ties back to the idea that stocks are just pieces of companies and so have an intrinsic value that is possible for investors to ascertain.
The second key principle Graham outlined is that of the margin of safety. Because no one can accurately know the true value of a stock down to the last penny, Graham advocated for investing only where there was a large margin for the investor. Famously, Graham’s ideal was to get $1 of value for $0.50 of capital, though a much smaller margin of safety is generally considered sufficient.
Finally, Graham developed a mathematical formula for finding a stock’s true value. This formula uses the P/E ratio of a hypothetical stock with zero growth, the current rate of bond yields and the company’s earnings to calculate the proper value of a given stock. The Graham formula is one of the most famous mathematical concepts in the investment world. 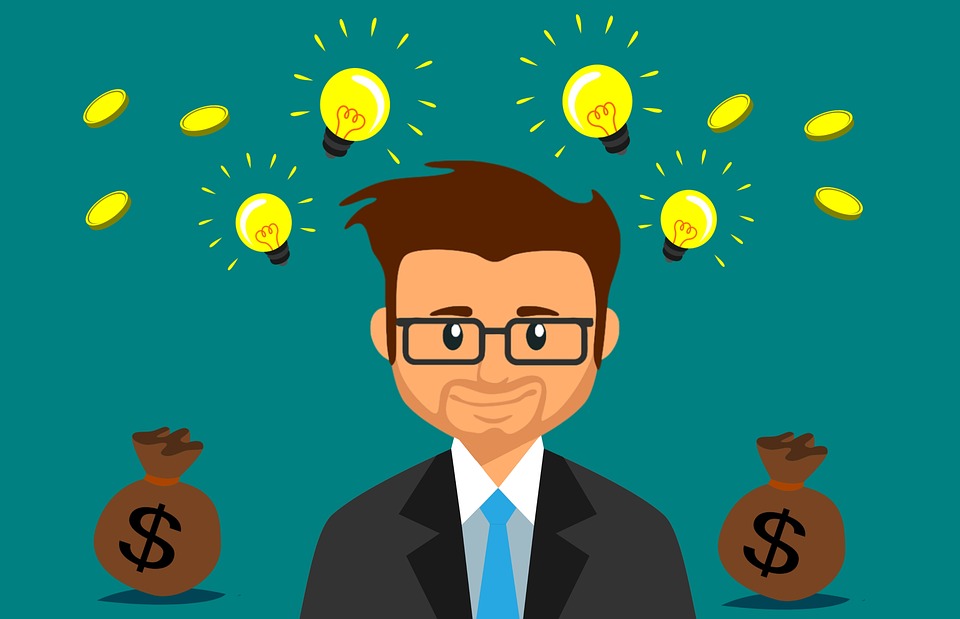 Perhaps Graham’s biggest claim to fame, however, is that he taught Warren Buffett the investment principles that eventually built Berkshire Hathaway.
The two met while Buffett was taking his master’s degree in economics at Columbia University, where Graham was a professor.
Buffett had already read The Intelligent Investor before enrolling and famously excelled in Graham’s classes. Later, Buffett would work for his mentor at Graham-Newman, an early investment hedge fund.

To say the least, The Intelligent Investor and Graham’s classes at Columbia had a profound impact on Warren Buffett.
Buffett has called buying the book the second-best investment he ever made, behind only the marriage licenses for himself and his wife.
In a Fortune interview, Buffett explained that the book changed his life, quipping “If I hadn’t read the book, I’d probably still be delivering papers.”
The principles outlined in Graham’s book helped Warren Buffett to succeed in his early days as an investor and have stuck with him through the formation of Berkshire Hathaway.
Over time, Buffett’s approach did evolve, however. In his early days, he followed what has been called “cigar butt investing,” which involves buying shares of deeply distressed companies trading below their liquidation values.
Through the influence of his longtime business partner Charlie Munger, Buffett later shifted to looking for values in great companies that could be held as investments for decades.

How Much Money Did Benjamin Graham Make?

Despite creating an investment strategy that overwhelmingly beat the market and generated huge amounts of revenue, Graham never became as wealthy as Buffett or other notable value investors of later generations.
His estimated net worth at the time of his death was around $3 million. As Buffett has explained since, Graham was never fundamentally motivated by building wealth.
The $3 million figure, however, likely misses a couple of key points. To begin with, Graham was famously philanthropic. Before he died in 1976, Graham likely gave away much of the money he was able to make from his investment activities.
Graham’s personal net worth also doesn’t account for the huge amount of money he was able to make for others by managing their investments. Graham-Newman, for instance, averaged around 20 percent annual returns thanks to the use of Benjamin Graham’s value investing canny.
In the 1950s, the fund was managing millions of dollars for its clients, generating huge amounts of wealth for those who put their capital in Graham’s hands.

What Were Graham’s Two Rules of Investing?

Over the course of his career, Benjamin Graham dispensed many pieces of investment wisdom. However, his enormous contributions to the modern financial landscape can largely be distilled down to two rules:

Although The Intelligent Investor is now over 70 years old, Graham’s principles are still extremely relevant to modern investors. The idea of purchasing stocks below their true value and profiting from market mismatches will remain relevant as long as markets are in any way driven by investor sentiment or other factors beyond intrinsic value.
In fact, Graham may be especially relevant in today’s world, as investor reactions to current events and trends produce larger and larger amounts of volatility in stock prices.
As long as Mr. Market continues offering different prices on different days, the basic idea of value investing as outlined by Graham will remain sound.

Where is GHM Headed Next?

Is Graham A Buy Over The Next 30 Days?