Warby Parker Vs. Luxottica: A David Vs. Goliath Story - Financhill
Unless you’re already a person who wears glasses on a regular basis, it’s very possible you’ve never heard of affordable eyewear manufacturer Warby Parker (WRBY) before. Established by a group of Wharton School students in 2010, the company has gone on to make waves in the designer glasses industry with its novel approach to eyewear retailing.
Realizing that the majority of what most people labeled “designer” glasses were just bulk sold products licensed to a few large eyewear companies, founders Neil Blumenthal, David Gilboa, Andrew Hunt and Jeffrey Raider – who also co-founded Harry’s – decided they could design and manufacturer their own versions, cut out the middle man and pass on huge savings to customers in the process.
In this respect, Warby has become a kind of business model-disruptor to the whole retail eyewear sector. But with the company having only gone public a few months ago, is the firm as enticing a prospect to potential investors as it is to its loyal customers?

When Warby Parker went public as a company in September of 2021, the firm chose to go the more unusual route of a direct listing rather than undertake a traditional IPO process. Although unusual, direct listings aren’t necessarily rare: many well-known businesses have opted for this kind of float, including Coinbase (COIN), Squarespace (SQSP) and Roblox (RBLX), to name but a few.
The decision to take the company public via direct listing was informed by a number of factors. Firstly, Warby Parker made it clear in its Investor Day presentation that the business did not need to raise new capital at the present time because it was already making profits on an adjusted EBITDA basis, and the balance sheet was sufficient to support continued growth.
If WRBY had initiated a typical IPO, it could have sold additional shares to institutional investors through the IPO road-show, and brought in more funds that way. However, with its direct listing, the shares that began trading that day were simply the ones already held by existing shareholders.
Secondly, Warby Parker is a B corporation, meaning that the company strives to make a series of commitments that benefit the social good through its business practices. In this regard, WRBY runs a number of initiatives, including its Buy a Pair, Give a Pair campaign, as well as training volunteers to carry out eye exams in deprived and underserved communities.
It’s because of this approach that the company believed a direct listing was the better way to promote its core values of inclusivity and transparency.
These kinds of IPOs are seen as more democratic because all investors have access to the same information at the time as opposed to offering special dispensations to larger companies like the traditional IPO does.
Indeed, Warby cofounder and Co-CEO Neil Blumenthal stated that WRBY was the first public benefit corporation to go public with a direct listing. 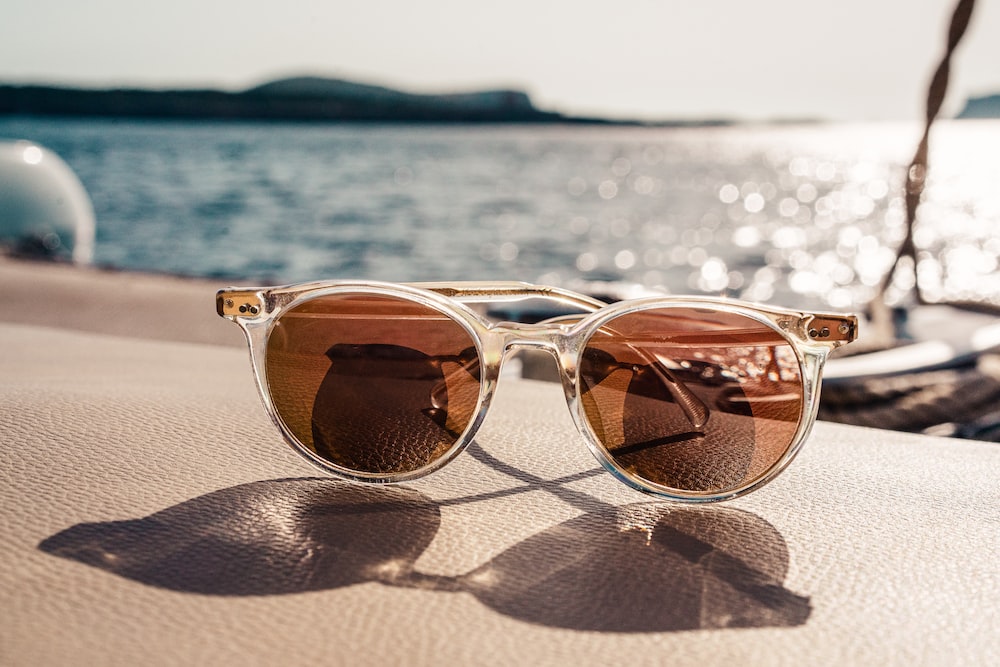 How Does Warby Parker Work?

A big part of Warby Parker’s appeal is its willingness to do things differently.
Take, for example, the way the company allows customers to choose a sampling of five frames to wear at home for a week before deciding which to buy, or its guarantee to replace defective lenses if they’re scratched within a year of purchase.
And if you’re buying online and have a prescription in hand, you simply need to upload a picture of it to the website and you’re good to go.
Even if you haven’t got a prescription yet, you can still arrange a quick eye exam at one of Warby’s many outlets, or you can use an app that’ll do the job for you right there at home.
Warby also makes it easy to pay for glasses through insurance. There are instructions for filling in reimbursement forms on its site, and if you have a Health Spending Account or Flexible Spending Account, you can just enter your FSA/HSA card number when the time comes to pay.
Once that is done, all you need to do is wait while your glasses are shipped to you by post.

Many customers question how Warby Parker can manufacture such high-quality spectacles at such a low retail price point, with glasses — including frames and lenses — starting at just $95.
Well, it’s here that WRBY runs into the really big player in the designer glasses market, i.e. EssilorLuxottica (ESLOF), better known simply as Luxottica.
Luxottica is an Italian eyewear conglomerate, and the world’s largest eyewear industry company to boot. It either owns and operates some of the biggest names in the sector, or it licenses its products to other famous designer labels, including Ray-Ban, Burberry, Chanel, Bulgari, Versace and Oakley.
The problem for Luxottica is that Warby Parker has busted its business model, which is why WRBY can offer its own products so cheap.
You see, in the vast majority of cases, EssilorLuxottica actually manufactures ridiculously cheap glasses, marking them up 20-fold to retail at staggeringly high prices. This system has worked well for ESLOF for a long time now, with almost insignificant capital costs in a discretionary market sector leading to big profits for the company.
But because of Warby’s entry into the market, this scenario isn’t likely to last much longer.

So how do the two companies fare when it comes to their respective business fundamentals? Let’s take a look.

When investors look at Warby’s ability to generate revenue over the long-term — and fuel its growth ambitions — it’s the company’s online potential that stands out the most. But is this optimism warranted, and are there other ways that WRBY could expand?
To begin with, profit margins from e-commerce activity are much higher than in brick-and-mortar stores, so it seems natural to want to shift the focus of its business to digital over the coming years, something Warby Parker appears to be achieving.
In 2018 and 2019, its e-commerce revenues as a percentage of its total top-line income were 38% and 35% respectively. This jumped to 60% in 2020, demonstrating solid progress in this regard.
No doubt the pandemic played a part in such a large increase, with people shopping online much more than before due to lockdowns and stay-at-home orders. In fact, the first-half 2021 figures dropped slightly to 51%, but this was to be expected and doesn’t negate the thesis that Warby is becoming more of an online retailer than an offline one.
However, what’s interesting right now is that WRBY’s glasses sales make up 97% of the company’s total revenue, something that could be seen as a positive given that it means it has a huge opportunity in its Holistic Vision Customers (i.e., those customers who purchase glasses, contact and vision services as opposed to those who just buy glasses alone.
In fact, the cumulative average sales order for these Holistic Customers is 2.2x higher over 12+ months than the “glasses only” group.
Another feature of Warby Parker’s business setup is the loyalty that the brand engenders among its customers. When viewed over a period of four years, the sales retention per customer cohort increases dramatically every year. In fact, it goes up from around 22% to 25% for the first year, to between 97% and 98% in the fourth year.
This implies that if WRBY can manage to cross-sell those holistic services to these same customers, it could leverage its profit potential massively.
In Warby’s third quarter earnings report, the company clocked a 32% net revenue increase to $137.4 million, and added 395,000 active customers, or 23%, to level up to a total of 2.15 million. If this continues, the future should be bright.

Moving to Luxottica, and the story couldn’t be more different.
Despite the fact that the Italian eyewear manufacturer faces a tricky competitor in WRBY, the company is still generating excellent profits. Indeed, its EBITDA margin of 21.7% is almost double the sector median, and its Q3 revenues of nearly 5.5 billion Euros are up 33% when compared to pre-health crisis levels.
The problem for investors, however, is that the company is trading at very high valuation multiples at the current time. Its trailing 12-month GAAP P/E ratio is 58x, and its forward price-to-sales fraction of 4.2x doesn’t stand up well when measured against its rivals of similar stature.

The battle between WRBY and ESLOF will make for an entertaining spectator sport over the next few years. But investors in the two companies will have to choose wisely: Will it be the Italian Goliath who prevails, or will the nimble-but-as-yet-untested David — in the form of Warby Parker — be the one that comes out on top? The risk-adjusted return seems to favor David.