Is Huntsman Stock A Buy? A series of unexpected setbacks have rocked the chemicals industry of late.

For instance, the price of raw materials has been unusually volatile, with the war in Ukraine disrupting the delivery of vital commodities from the region. This has caused a shortage of feedstock for the sector – including natural gas, coal and fluorspar – and has led to increased costs and uncertainty over whether these goods will be available again.
Moreover, as the energy transition agenda gathers pace, environmental regulations have become more stringent, putting additional untoward pressure on businesses already under strain.
These factors have contributed to a tough operating environment for manufacturers in the space. Many companies have been forced to cut costs and reduce production in order to stay afloat. Some have even gone out of business entirely. The outlook for the future is not particularly rosy either, with most experts predicting continued challenges for the industry.
However, several forward-thinking enterprises have recognized the reality of the situation, and taken steps to tackle it head-on. Indeed, one company, the Huntsman Corporation, is well in front of its rivals now, having been making moves to streamline its business for quite a while.
So, let’s take a look at this fascinating company, and see what it might promise investors further down the line. 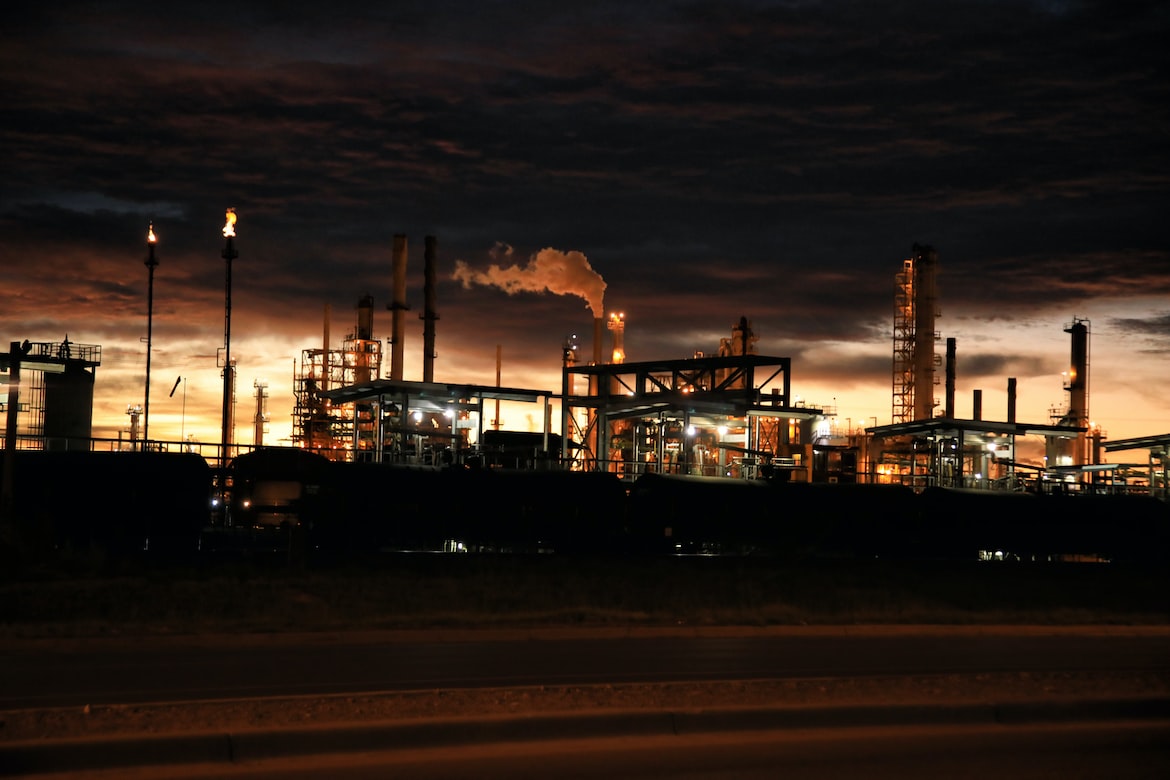 Huntsman is described as a global leader in the manufacture of chemicals and synthetic materials. Its business is split into four divisions, comprising Polyurethanes, Advanced Materials, Performance Products and Textile Effects.
However, the Textile Effects segment is expected to be sold to SK Capital Partners in 2023, and the divestiture is part of Huntsman’s ongoing capital allocation program.
Interestingly, the Textile wing was pretty lucrative for the company last year, generating $772 million in revenue and an adjusted EBITDA of $94 million. That said, once the sale goes through, HUN expects its overall business margin to improve from 16.0% to 16.4%.
In fact, in a bid to shift from low-margin volumes to higher EBITDA operations, Huntsman has simplified its portfolio over the last few decades. It’s streamlined its divisions from about nine segments in 2005 to what will hopefully be just three next year.
Moreover, the firm is upgrading its Polyurethanes portfolio to reduce its exposure to high-volatility undertakings. This will mean moving away from its Commodity MDI business, focusing instead on its Global Platforms & Specialty Solutions. This venture needs to be successful because Polyurethanes accounted for $5.4 billion in sales over the last twelve months – and any improvement here will significantly impact the company’s fortunes going forward.
Indeed, its efforts are already paying off. The firm currently enjoys a return on equity of 30.6%, and is aiming to generate a free cash flow conversion of 40% in 2022.
Crucially, all of these initiatives have helped to translate into high-level value creation for HUN’s investors too. For instance, since 2018, the business has repurchased roughly $1.5 billion worth of its stock, representing around 24% of its shares outstanding.
Furthermore, the company has doubled its share buyback authorization to $2 billion, and is targeting a total of $1 billion of repurchases in 2022.
Huntsman’s 2.97% yielding dividend is even more enticing, which, with a payout ratio of just 20.0%, looks very safe to boot.

The growing importance of ethical investing could harm companies not perceived as sufficiently environmentally responsible. Indeed, in recent years there’s been an increase in the number of hedge funds taking environmental, social and governance (ESG) considerations into account when making their investment decisions.
This trend is driven by several factors, including the belief that sustainable companies will outperform their less responsible counterparts over the long term.
As a result, companies could find it difficult to raise capital from institutional investors, leading to calls for management changes or even divestment. This would hurt their ability to grow and invest in new projects, ultimately leading to lower profits and shareholder returns. In addition, companies that are seen as lagging on environmental issues could also be subject to increased scrutiny from shareholders and other interested groups.
Unfortunately, if these developments do materialize, they’d pose an acute problem for Huntsman. For example, over 90% of the company is owned by institutional investors, exposing the firm to more risk, not less.
On top of that, plastics are especially demonized by those lobbying for the climate change cause. Not only are they made from fossil fuels, but they often contain pollutants that can leach into groundwater and soil. Plastics are also highly resistant to degradation, meaning they can accumulate in landfills and other ecosystems.
However, despite all these concerns, Huntsman is actually making great progress on its sustainability targets. The company has made a 65% improvement in its water usage in water-stressed locations, while also generating a 40% reduction in overall emissions intensity since 2019.

Is HUN Stock A Buy?

Like many other companies, Huntsman’s share value rose astronomically during the COVID-19 crisis. However, the firm has retraced in line with the broader market this year, falling around 15% over the last twelve months.
That said, HUN continues to outperform the Materials sector by quite some way. Its trailing twelve-month (TTM) GAAP earnings ratio is less than half its rivals at just 5.21, while its sales multiple is similarly slim at 0.64.
Furthermore, Huntsman achieves an incredible perfect 9 on the Piotroski Score. The Piotroski system is a scale used to assess a company’s financial health, and looks at factors including profitability, leverage, operating efficiency and return on assets.
Indeed, on those points, it’s not hard to see why HUN ranks so highly. The company’s net income margin of 12.4% is way ahead of the sector median of 8.94%, and Huntsman’s TTM return on total assets is a massive 14.1% compared to the competition’s 5.70%. Its asset turnover ratio is equally stellar at 1.11% too.
If HUN carries through with its 40% FCF conversion – and can maintain its excellent dividend and share buyback program – the company is a definite buy at today’s low price.

Where is HUN Headed Next?

Is Huntsman A Buy Over The Next 30 Days?