Disney found to its cost that it can be a victim of its own success. In the battle of the streaming services, the multinational entertainment conglomerate appeared to be on the verge of dominating its rivals in the field.

The company’s subscription service, Disney+, seemed to be gobbling up the lion’s share of the market, and it appeared the space was shaping up for a fight to the death between the giants of the industry such as Netflix, Apple TV+ and Amazon Prime.

Analyst firm Deloitte predicted that the age of parallel growth among the big names was coming to an end, and it was now simply a case of who would defeat the entirety of the competition and come out on top.

But for Disney, its rapid growth rate came with a downside; analysts also began to get excited and overestimated the company’s potential. Wall Street experts predicted Disney would add a further 14.4 million subscribers to its Disney+ platform over the last quarter, but when figures fell short at just 8.7 million, investors got spooked.

Indeed, 2021 has not been a good year for Disney so far. Having had a vintage 2020 – with pandemic tailwinds spiking the company’s popularity and driving engagement metrics through the roof – Disney saw its share price more than double from March lows to hit what was then an all-time high before the close of the year. That momentum continued into the start of this year, as Disney went on to record its biggest ever stock valuation with shares trading for just over $203 a piece.

However, it wasn’t to last. Since those earlier highs, Disney has been steadily ceding ground, is down over 10% from it peak and over 2% for the year as a whole. This reversal is made all the more stark when you consider that Disney easily outpaced the S&P in 2020, yet the key index is already up 16% in 2021, leaving Disney trailing in its wake. 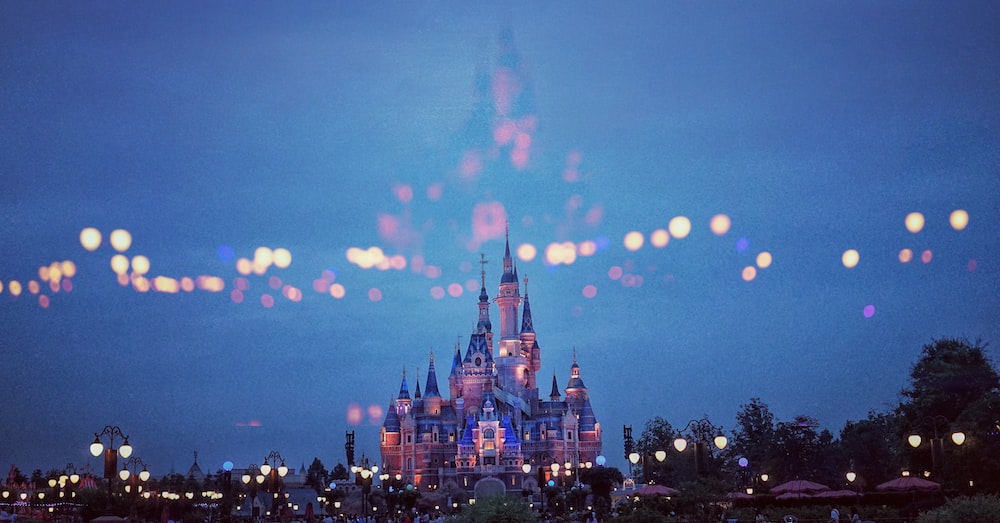 Can Disney Get Back On Track?

Disney’s fortunes are finely balanced at the moment. The company will undoubtedly benefit from the opening up of its theme parks and theaters as the coronavirus restrictions are lifted, but there will likely also be tailwinds coming from less home-based engagement with its online products.

Importantly, Disney’s Parks, Experiences and Products segment generated around 45% of the company’s pre-pandemic operating income, and it will be a major boost to get this back. At the peak of the COVID crisis, this wing of its business fell 85% from 2019 levels, so the cash injection on its way is all upside for the company.

Analyst sentiment around Disney’s growth prospects are still a little mixed. Many analysts actually see Disney growing at a greater clip than even Netflix (NFLX) and Amazon (AMZN), whose CAGR through 2025 is estimated at 35.9% and 37.2% respectively.

Disney, on the other hand, is slated to hit 44.9% over the next fours years. However, not everyone agrees. For instance, The Business Research Company suggests Disney will only grow 11.5%, while MarketInsightsReports is even less optimistic forecasting just 4.83%.

Is Disney’s Dividend The Key?

Investors who look exclusively to Disney’s share price growth as the main driver of value might be focusing on the wrong thing. The company’s dividend position is very good and is likely to get better in the near-term too.

Yes, Disney scuttled its 15-year dividend growth record during the pandemic, but analysts reckon on the dividend being returned within the next couple of quarters, rising potentially to over $2.00 by 2025.

Furthermore, Disney’s profit margins are anticipated to grow from a low of 14.2% in 2021 to 22.8% in 2026, which should help incentivize – and ultimately cover – any dividend payout in the future. In fact, its net margin is expected to rise at an annualized rate of 32.1% over the following five years, which isn’t just good news for its dividend but for its entire business as a whole.

True, its last dividend was only worth $0.88 at the last call – representing a trailing yield of 1.2% – although it sensibly kept its payout ratio low at the same time too. But, as a hedge against a continually low share price, shareholders should expect this yield to rise if, and when, the company does reinstate its payout again.

Risks Include A Massive Debt Burden

A principal concern regarding the health of Disney’s business is its onerous debt load. The company incurred a large deficit over the course of 2020, seeing its debt rise by $48.1 billion in just one year to a total of $54.6 billion.

The company also missed its revenue expectations by $318.3 million, which doesn’t bode well for paying that debt off over the long-term.

Companies have to deliver money to their shareholders in some way, whether it’s by growth in their share price or through a dividend payout or other capital reallocation system. At the moment, Disney is doing neither these things.

So, where’s the value coming from with Disney?

First, Disney is not a failing brand. It’s a blue chip company vying for dominance in what is one of the most lucrative markets in the global economy. It has strong forward operating cash flow growth of 18.78%, and is in a position to fund its expansion aspirations despite its less-than-perfect debt and balance sheet numbers.

If the firm does bring back its dividend payment, its yield should be very attractive to investors, especially if its price trend doesn’t reverse. However, with the company’s full suite of business divisions soon to be firing on all cylinders after the lock-downs of the last 18 months, investors can be optimistic that Disney’s fortunes are on the mend.

Crunching the numbers, Disney share price has potential all the way to $206 per share at which point it’s fully valued based on a discounted cash flow analysis forecast.