Why Did Oil Go Negative? One of the most unusual things that happened during the height of the pandemic was a brief period in which the price of oil actually became negative.
Buyers who accepted oil deliveries were able to charge sellers to do so, marking a historic low in the energy market.
The question is, how exactly did that happen?
Here’s what you should know about the forces that caused oil to go negative in 2020 and why negative pricing reasonably reflected the economic conditions of the time.

How Is it Even Possible for a Commodity to Go Negative?

To begin with, let’s explore how a commodity can actually become worth less than zero. On the surface, the idea of a commodity sliding into negative territory doesn’t make intuitive sense. After all, commodities are hard stores of value. Provided the function they serve is still necessary, they still hold some tangible value.
The answer to this question comes from the law of supply and demand.
When a seller holds a commodity for which there is no market, he or she is forced to sit on that commodity until a buyer can be found.
Until that occurs, the commodity must be stored, putting additional costs on the person or entity that holds it. The cost of holding the commodity pushes the seller to pay another party to take it. This, in turn, creates a negative price. 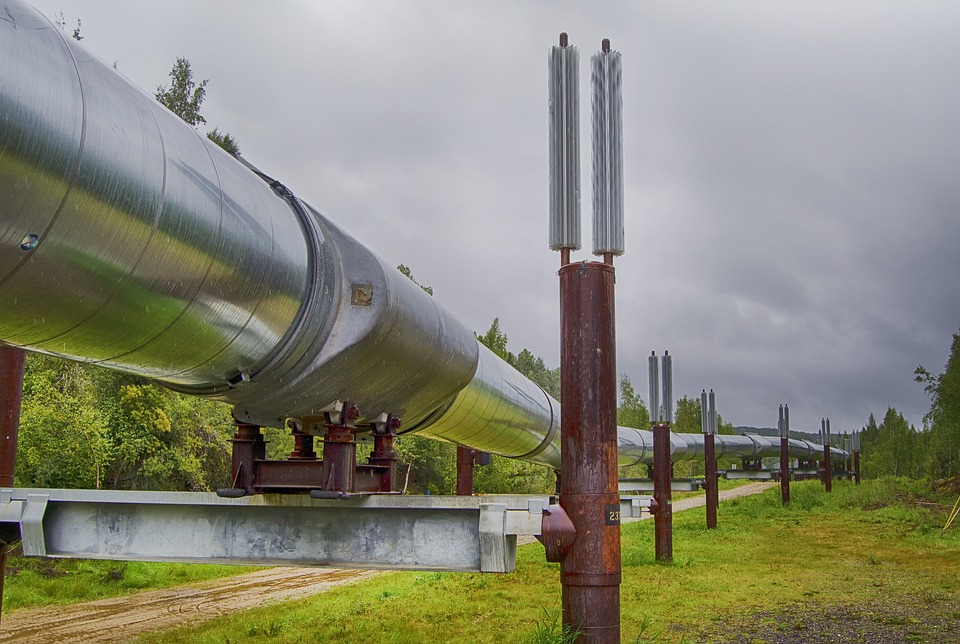 While this can happen in real-time, negative prices are often a function of the futures markets commonly used to trade commodities.
Futures contracts reflect a current outlook on the value of a commodity at some point in the future. If the market believes that the conditions described above exist, futures contracts can go into negative territory, effectively pricing upcoming deliveries of the commodity below zero.
An added complexity of the futures market that can contribute to negative prices is the fact that many of its participants are speculators. These traders buy and sell futures contracts with the intent to cover them and turn a profit before they expire.
Unlike industrial end users or producers, however, speculators have no interest in ever holding the physical commodity itself. In fact, most futures speculators would be unable to store and process the commodities they trade if they ever had to take delivery of them.
As such, there’s a large amount of activity in the futures market involving people who will pay a hefty price not to accept delivery of physical commodities. Under ordinary conditions, this simply means that futures speculators will take losses on their positions.
When markets are shocked by sudden changes in demand, however, the massive number of people and institutions trying to unload contracts can cause prices to reach zero or even slip into negative territory.

Now that we’ve looked at how a commodity can have negative pricing, let’s examine the specific case of oil in 2020.
In the spring of that year, demand for oil had all but disappeared due to the economic effects of the COVID-19 pandemic. Industries had closed down, and travel had been restricted in many parts of the world, leading to a sudden collapse in fuel requirements.
At that time, however, the world’s oil producers had still not caught up to the new realities of demand for their product. Production still sat at around 100 million barrels per day. Thanks to the disruptions of the pandemic, fuel usage had been slipping since the beginning of the year. As a result, oil was piling up at storage facilities, and little room was left available for new supply.
This culminated in a rush to sell futures contracts based on May deliveries. Buyers had little to no space to store new oil, meaning that taking delivery would have imposed heavy costs and logistical difficulties at a time when there was no guarantee demand would recover quickly.
Speculators, realizing that they would very likely be forced to accept delivery of oil they didn’t want, added fuel to this fire.
The result of this chain of events was a situation in which willingness to accept delivery of oil was actually more valuable than the oil itself. Speculators and industry buyers alike began paying a steep price to have oil futures taken off their hands.
At the lowest point, a seller would have had to pay a buyer $40.32 per barrel to accept delivery.

Initially, negative prices for a commodity could be seen as a market failure. However, the negative price of oil in early 2022 reflected fundamental economics.
With so little storage space available and demand crashing, taking delivery of oil was a losing proposition. Buyers hoping to avoid sitting on physical oil, therefore, rushed to pay someone else to take the oil off their hands.
These underlying economic facts were amplified by the structure of the futures market. With so many participants who couldn’t feasibly accept a shipment of oil, there were more people bidding for others to take over their contracts. This is ultimately what pushed oil futures so far into the red.
What the briefly negative price of oil did represent was a sudden and unexpected change in demand for one of the world’s benchmark commodities.
As a primary energy source, oil is always required for industry, commercial transportation and consumer use. With vast portions of the global economy shut down in response to COVID-19, however, oil saw the most drastic changes to its market in history.
As you can see, negative prices were a strange but altogether reasonable outcome reflecting the state of the global oil market in early 2020. It’s entirely possible that we may never see negative prices for oil again, but these events serve as a reminder that any commodity can hypothetically turn negative under the right set of circumstances.