Why Did Buffett Sell BYD? August was a record-breaking month for Chinese automobile makers this year. New energy vehicle sales surged 107% from the same time in 2021, while all vehicle purchases were also up, growing 32.1% to 2.38 million.

This shouldn’t come as a surprise to those who’ve been following the Asian market lately. In fact, around one-third of all cars sold in China belong to the NEV category, giving the country one of the highest EV ownership rates of anywhere in the world – well ahead of the average 10% of global plugin sales that the industry currently accounts for.
However, even with such a solid outlook for the sector, shares in BYD Company Limited have fallen recently. The Chinese auto manufacturer has seen over 35% of its value disappear since the beginning of July, despite no apparent headwinds on the horizon.
That said, one catalyst for the drop might have been Berkshire Hathaway’s sell-off of the company a few weeks ago. Indeed, the Warren Buffett-owned conglomerate dispensed with a little over 1.33 million shares, taking its overall stake in the firm from 20.0% to 19.9%.
But is Buffett right to have trimmed his position – or are there still enough reasons to make BYD stock a buy? 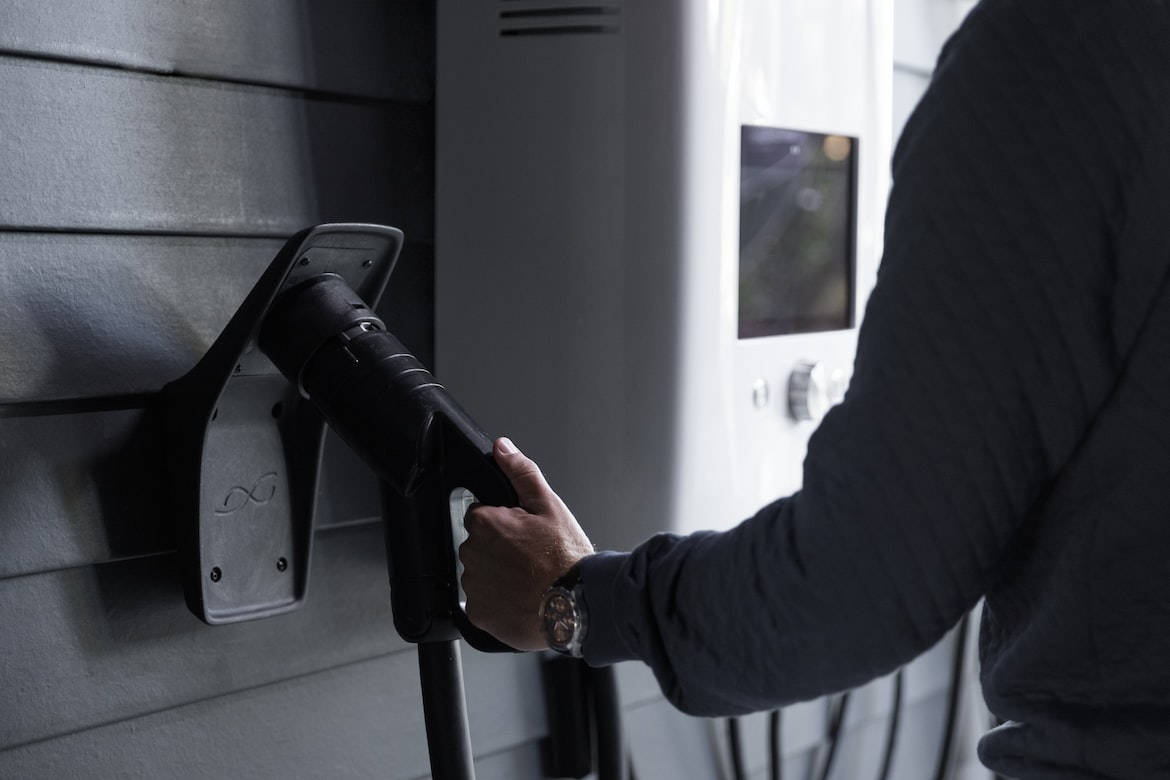 BYD Is Growing At A Lightening Pace

Very little about BYD’s business can be described as average. Its operations are vertically integrated in ways that few other firms could hope to match, and, not only is the company involved in auto fabrication, battery manufacturing and chip production, but it’s also deeply invested in mining its own lithium resources too.
Moreover, BYD enjoys greater exposure to the growth of the EV market in general, as its activity typically involves more of the industry’s value chain than other manufacturers.
In fact, BYD doesn’t just make its Blade Battery for its own in-house use; it also sells them to competitors such as Tesla and Toyota. And since batteries represent one of the most profitable aspects of the EV sector, its bottom line is likely to benefit as well.
Furthermore, BYD’s sales volumes have exploded recently. The firm sold more than 174K NEVs throughout August, in what was a sixth consecutive record-breaking month for the company. That represented a 184% increase from the 61.4K units it shifted a year ago, and a 7.62% sequential increase from July.

While BYD’s domestic sales are thriving, its overseas market is just opening up. The company dominated worldwide plugin sales in July, with a total of 160K vehicles sold.
This was in contrast to Tesla’s 52.1K, which put the American firm in a distant second place globally. However, plugins only represent around 14.0% of the overall market share, and Tesla is still top-of-the-pack in the EV space as a whole.
But the status quo could soon be challenged. BYD became the number one EV maker in terms of deliveries in the second quarter, and Barclays investment wing thinks the enterprise could ultimately dethrone Elon Musk’s flagship brand, despite the fact that Chinese companies don’t normally replicate their success outside their home territory.

Although Buffett sold a small portion of his BYD investment recently, his holdings have already made the Oracle of Omaha over $7 billion from an initial stake of just $232 million.
Why Buffett chose to sell now might not be fully understood until Berkshire Hathaway’s next annual shareholders’ meeting. But BYD’s recent price drop certainly opens up an opportunity for potential investors to purchase its stock cheaply today.
The company’s financial position is second to none. For example, the firm achieved a net profit in the second quarter of $400 million, up nearly 200% from the same period last year. In addition, BYD’s NEV sales were also up 24.0% sequentially in Q2 at 355K, and revenue for the quarter improved 63.1% to around $12.1 billion.
Analysts expect that BYD will deliver revenue growth of 45.3% over the next two years, although its EBITDA is only forecast to increase 20.1% over the same timeframe. The company’s gross profit margin leaves a lot to be desired at just 13.1%, whereas its CAPEX-to-sales ratio is excellent at 22.9%.
For a business that’s still considered something of a growth proposition, it might seem strange for BYD to offer investors a dividend payment at this stage of its development. However, the distribution is exceptionally safe, with a cash dividend payout ratio of just 5.33%. Its trailing twelve-month yield is also low at 0.06%.
Interestingly, BYD trades at a relatively impressive 51.4x forward earnings, which is significantly better than Tesla’s 71.3x, and miles ahead of Li Auto’s 205x. Unfortunately, it’s also much higher than Geely Auto’s 29.3x, which could be a problem as the firm is owned by the massive Zhejiang Geely Holding Group, whose expansive sales and dealer network could help the company grow in the coming years.
The critical question for investors looking to purchase BYD stock is whether the company can continue to build on its performance, or whether its strong momentum might simply fade away. Indeed, the competition in the EV market is really starting to heat up, with the likes of NIO and XPeng beginning to make their presence felt.
However, the business has proved itself an equal rival to Tesla in China and could also make inroads in other international markets. And with Buffett doing his bit to drive the share price down of late, now might just be the perfect time to buy.