What Is Tesla’s Stock Worth? Some businesses just do things differently.

One of these unorthodox ventures is Texas-based automotive outfit, Tesla (NASDAQ:TSLA). The firm has risen rapidly to become a global leader in the emerging electric vehicle space, with its talisman CEO, Elon Musk, spearheading the charge.
But while the company found popular acclaim among its many customers and fanboys, it’s experienced rather different fortunes when it comes to stock market success. Indeed, Cathie Wood, a longtime advocate of the firm, recently re-weighted her flagship ARK Innovation fund, knocking the car maker off the ETF’s top spot that it had occupied since 2017.
Other investors appear to share those same bearish sentiments too. The stock plunged a massive 40% year-to-date, with Musk claiming that Bill Gates has a “multi-billion dollar” short position in the company.
Looking at the firm’s valuation metrics today, it’s easy to see why some people might be losing faith in the business. The company trades at a top-heavy forward PE ratio of 58, with an equally worrying share price that runs at 53-times its trailing twelve-month cash flows.
In fact, using most traditional valuation methods, Tesla looks like a pretty overblown enterprise at the present time. But is this really the case?
In this article, we’ll dig a little deeper into Tesla’s operation, and see if we can better grasp what the company’s stock is actually worth. 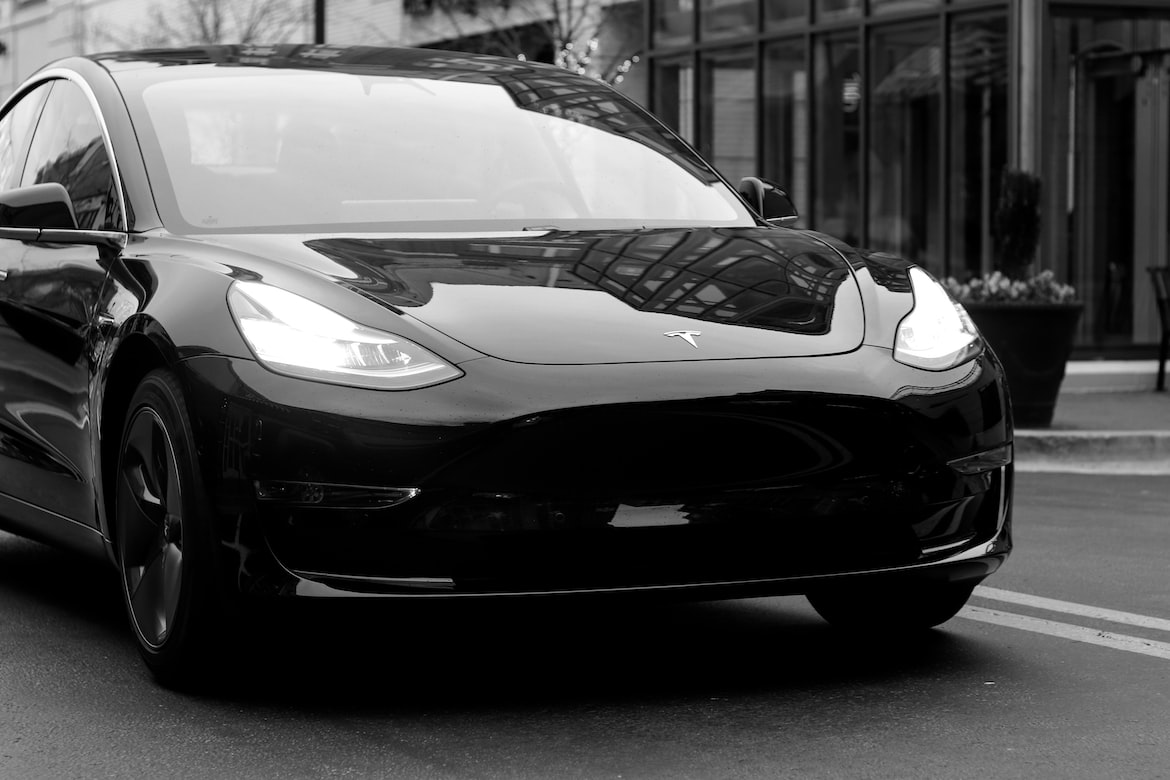 Skeptics of the brand often assert that Tesla is nothing more than a basic car company at heart.
On the face of it, this appears reasonable: the firm’s core competency is making battery-powered cars – and, the more of those that roll off the dealership forecourts, the better it is for investors and customers alike.
But in achieving this aim, Tesla does things that no other company on Earth even aspires to do. In fact, in bringing about the EV revolution, Tesla’s attempting to solve some of the most urgent challenges that society will have to grapple with in the future.
For instance, the company is involved in a multitude of critical industries, each of which play a crucial role in all our lives. Indeed, Tesla’s an energy firm, a robotics company, an AI specialist, and a manufacturing behemoth all rolled into one.
Furthermore, the sheer scope of its interests make Tesla far more than just the sum of its parts. Instead, the firm is closer to that of a conglomerate – and should thus be valued as such.

Any attempt to put a price tag on Tesla has to start by recognizing just how big its EV opportunity is. This wing of the business is clearly its primary revenue driver, and it’s pleasing to see that the market for its EV offerings is growing.
To begin with, the entire car market is expected to grow at a CAGR of 3.5% between 2020 and 2030, with sales anticipated to rise to 90 million units per year from its current 70 million sold in 2021. However, the global electric vehicle market is forecast to rapidly outstrip that growth, expanding at a CAGR of 24.5% over the next six years, reaching a total capitalization of $980 billion by 2028.
In fact, the EV industry saw sales of 4.6 million units throughout 2021, representing a penetration rate of 6.6% and a market size of $185 billion. Given that the EU alone reckons on a 50% penetration for EVs by 2030, this leaves plenty of room in which Tesla can expand its total sales over the coming decade.
According to Tesla’s fourth-quarter report, the company produced over 930,000 vehicles during the last financial year. This gave the firm a roughly 20% market share of the total 4.6 million EVs sold in 2021. Considering the fact that Tesla has sold out all its electric vehicles in the United States until 2023, it seems likely that this share of the EV market will only increase once it is able to meet demand again.
Given that the global automotive industry is still early in its transition to predominantly electric-powered vehicles, the figures above bode well for Tesla. Its gross margins on the car business stand at 33% for the first quarter of 2022, and these are surely only going to improve as it reduces costs and enjoys the economies of scale it’ll reap over the next few years.

Everything Else Is Upside

The question investors have to ask themselves is whether Tesla’s present valuation has factored in its myriad growth potential, or, if not, should it have done – and is it, in fact, trading at a discount right now?
To answer that, it helps to consider what those growth potentials are.
First off, Tesla’s developed an AI capability that is simply immense. It’s given rise to multiple business verticals, some of which Elon Musk believes might “be worth more than the [firm’s] car business” alone.
For example, the company announced recently that it’s very close to unveiling a fully-working humanoid robot. The project, named Optimus Subprime, could generate more money for Tesla than either its EV operations or its Full-Self Driving computer software system, and is slated for its first public prototype demonstration later this year.
The problem, however, with assessing all these growth segments is that it’s difficult to see how they will affect the company’s share price on a variety of time horizons. If the firm’s “robotaxi” fleet – a self-driving driving vehicle that is expected to hit production in 2024 – is delayed, does that impact the valuation situation more in the long term than it does the short?
For investors seeking to trade the stock on the basis of near-term price changes, this becomes an all-important issue. One good or bad headline relating to almost any aspect of Tesla’s business could have immediate and severe consequences for the firm’s valuation that could make or break those investors’ positions.
Alternatively, long-term investors are less exposed to this kind of thing, and can assess the company on a more fundamental basis. The deep value that Tesla’s projects are expected to yield will win out in the end, and transient price-glitches matter far less. Even rising inflation, supply chain problems, and a contraction in China’s economic output, should be averaged away.
Ultimately, with its many revenue-generating business streams, Tesla will likely outperform all major indices over time. And that, for most investors, is what really counts.