Metaverse technology is widely touted as one of the biggest advances in consumer tech since the invention of the personal computer. One of the companies that has attracted a great deal of attention from investors bullish on this next generation of virtual reality technology is Roblox (NYSE:RBLX).
Roblox is an online video gaming platform that allows developers to create and host their own games.
The company generates revenue from the sale of in-game items to players. Because of its focus on immersive environments for both entertainment and education, Roblox is also closely connected to the growing metaverse industry.
Within the Roblox ecosystem, developers can create their own worlds and experiences, essentially allowing them to stake out tiny parts of the Roblox metaverse for themselves. 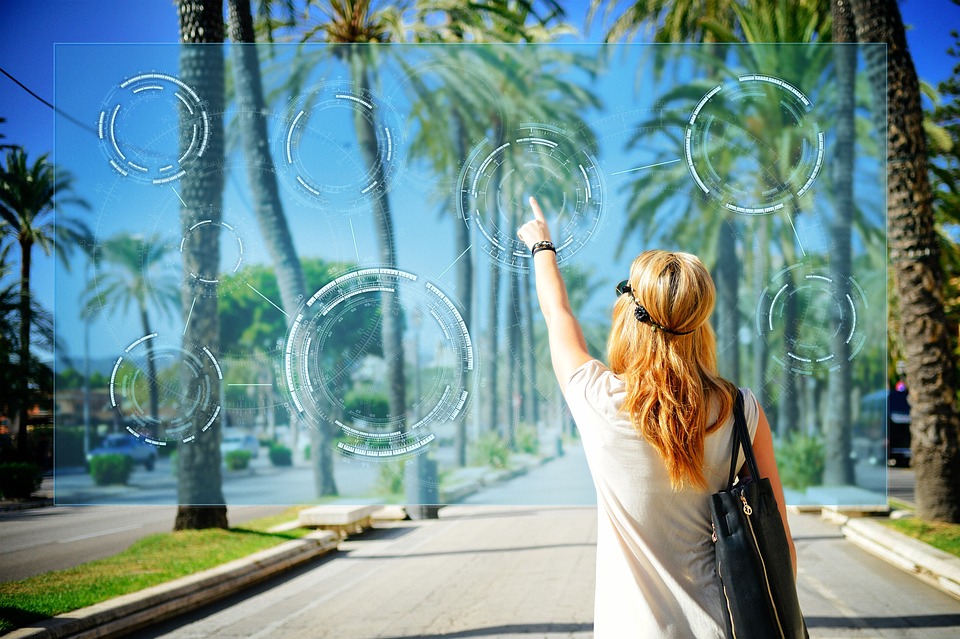 In Q1, Roblox’s revenue grew 39 percent to $537.1 million. Bookings, a more critical indicator of actual growth, were down 3 percent year-over-year.
The difference between the ostensible top-line growth Roblox reported and bookings is a function of revenue from the sale of its Robux digital currency. Reporting for this revenue is deferred, making it a less accurate measure of current performance.
Roblox reported a loss of $0.27 per share in Q1, a miss against analyst expectations of -$0.21 per share. User engagement, however, moved in a more positive direction.
The total number of daily active users rose 28 percent to 54.1 million, and total hours spent on the platform rose 22 percent to 11.8 billion for the quarter.
Much of the growth the company experienced was due to expansion in the Asia Pacific region. In North America, Roblox appears to have largely peaked. This is likely due to the enormous boom the company saw in 2020 and 2021, as consumers stuck at home sought out new digital entertainment options.

Analyst sentiment on Roblox over the next 12 months is slightly bearish, with the median target price of $34 being somewhat lower than the current price of $35.11.
Roblox appears to be quite divisive in terms of analyst expectations, with target prices ranging from $21 to $61. This translates to a return range of -40.2 percent to 73.7 percent.
Roblox’s valuation metrics generally show it to be somewhat overpriced relative to the rest of the gaming industry. Its price-to-book ratio is 31.31 compared to an industry average of just 1.99, and its price-to-sales ratio stands at 8.60.
It should be noted, however, that comparing Roblox to the wider gaming industry fails to capture the potential growth that metaverse technology could deliver. If the market for metaverse technology explodes as bulls expect, Roblox’s future earnings and revenues could quickly bring its valuation into much more reasonable territory.

The slowing bookings reported in Q1 present a serious concern for investors. If Roblox cannot continue to drive growth in bookings, it’s difficult to see it as a strong candidate for long-term performance.
Margin is also problematic for Roblox. While continued reinvestment into its platform could be hiding the potential for much better profits, the fact remains that the company’s operating margin on a trailing 12-month basis stands at -22.13 percent.
Return on equity is even more worrisome at -91.35 percent. Although Roblox does have about $3.13 billion of cash on hand, it will have to move toward higher profitability in the relatively near future to avoid burning through its stockpile.
As noted before the Q1 earnings report, Roblox’s cash flow from operations is heavily correlated to user engagement. While growth in user engagement was respectable in Q1, it may take much higher growth rates to bring Roblox stock back toward its highs.
If Roblox is unable to deliver this growth, investors could have a very long wait for the stock to rebound to its 2021 levels.

Is Roblox a Buy?

Ultimately, the decision to buy Roblox depends largely on your view of the metaverse’s potential. By some estimates, total metaverse market size could balloon to over $1.5 trillion by 2030, delivering a compounded annual growth rate in excess of 50 percent.
If this occurs, companies like Roblox and Meta that get in on the ground floor of the technology could experience concomitant growth and far exceed their previous highs.
With that said, it’s worth noting that there is also a much more bearish view on the metaverse’s potential that is equally valid.
In this view, the technology will have some popular uses but will never have the enormous impact on consumers that CEOs like Mark Zuckerberg expect. If this proves to be the correct view, Roblox likely has much more limited potential as a more or less traditional video game company.
In the end, investors who are bullish on the metaverse may want to add a small position in Roblox to their portfolios. If the technology explodes, Roblox is in a very good position to profit from it. Investors who don’t believe that the metaverse will be a transformational technology, however, likely won’t be able to justify Roblox without baking in massive growth assumptions.
Overall, the company’s fundamentals don’t point to it being an absolutely screaming buy, but it could be a good play on the metaverse for investors who believe in the technology’s long-term promises.