Stocks To Buy In Bad Market: Following a huge stock selloff in the first half of 2022, the market is now in the worst shape it has been in 50 years.
Pending rate hikes, persistent inflation and fears of a recession have made it difficult for investors to find safe places for their money. Here’s what you need to know about buying into the worst market in 50 years and three of the best stocks to buy today.

What to Look for in a Down Market

In uncertain times, it’s generally best to invest in established, dominant companies. Businesses with existing economic advantages are most likely to pull through difficult market conditions. It’s also a good idea to look for businesses like these that have substantial cash reserves.
Favorites during bad times include utilities, consumer staples and energy stocks. However, any company that has what Warren Buffett has famously described as a moat around its business can be a good buy.
As long as the company is insulated from significant competition by some existing advantage, it could be a good bet during a bear market. 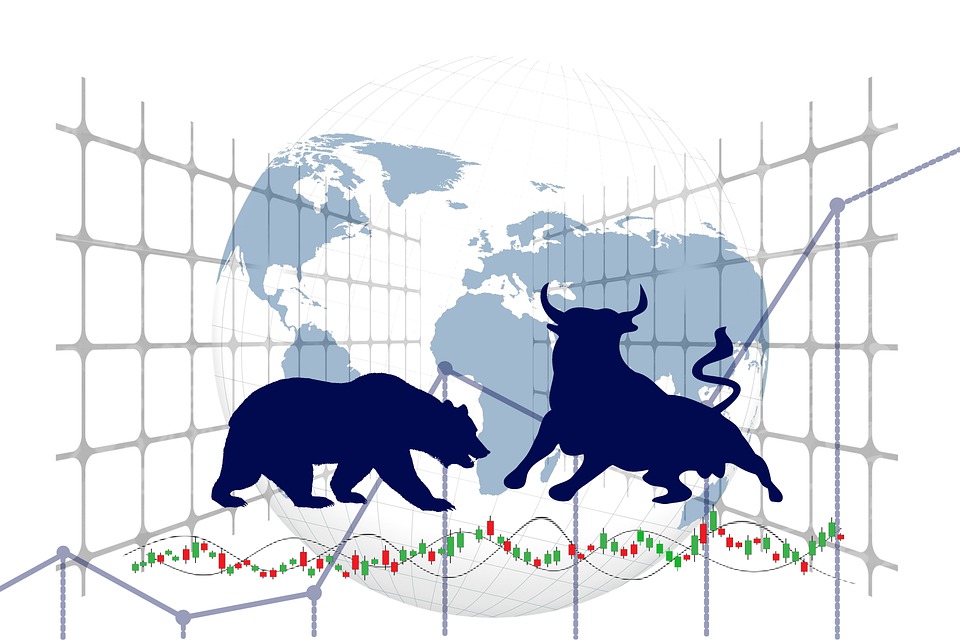 Easily the biggest business success story of the last several decades, Apple could still be a great investment at today’s prices. The stock has sold off by 17 percent year-to-date amid concerns about chip shortages and lower consumer spending. However, the long-term prospects for Apple appear quite strong.
To begin with, the company is projected to grow its revenues by about 10 percent, even in this year’s challenging environment. This growth, paired with near-record margins, should continue to bolster earnings.
The company’s service segment is growing even more rapidly at about 17 percent year-over-year. This segment should amplify current margins and drive earnings higher as more customers sign up for Apple’s growing service offerings.
Investors seeking safer havens in today’s market will also appreciate Apple’s cash position. The company is currently sitting on $73 billion net cash after accounting for its debts. Free cash flow in 2021 was nearly $93 billion, an extremely positive sign of success in difficult times.
From a valuation perspective, Apple isn’t massively undervalued, but it also isn’t too expensive. At about 24 times earnings, Apple’s stock is priced well above its pre-pandemic level. However, the multiples have come down from the heights when the stock briefly traded at 35 times earnings.
Finally, it’s important to keep in mind that Apple still has room for product innovation. Augmented reality devices, for instance, could become much more popular as metaverse technology takes off. Over a longer time horizon, Apple is also planning a foldable version of its flagship iPhone, a renewed version of the low-cost iPad and even its own car.

Shares of Google parent company Alphabet (NASDAQ:GOOGL) are down about 17.6 percent year-to-date, a very similar selloff to the one Apple has experienced.
As in Apple’s case, this selloff has likely created an opportunity for long-term investors to purchase shares “on sale” of one of the world’s most dominant tech companies.
Some of the selloff has been driven by concerns over slow growth in the company’s YouTube ad segment as the legacy video giant competes with startup TikTok. However, slower YouTube growth masks the many positives of the company from a growth perspective.
The biggest bright spot for Alphabet is its Google Cloud segment, which grew 44 percent year-over-year in Q1. Cloud services could be a major driver of growth at Alphabet going forward, creating long-term opportunities for investors.
Similar to Apple, Alphabet has the advantage of massive free cash flows. With $140 billion in reserves and over $15 billion in free cash flow reported in Q1, Alphabet should be able to weather just about any set of challenges imaginable. This capability is enhanced by the company’s very low debt-to-equity ratio of 0.06.
Another key point in Alphabet’s favor is the fact that it is actually trading below its historical P/E average. For several years before the COVID-19 pandemic, Alphabet traded at multiples in the high 20s and low 30s. Today, the stock is priced at only about 22 times earnings. Assuming search revenue and Google Cloud continue to generate growth for the company, this suggests that the stock could be slightly undervalued.
A final aspect of Alphabet that investors should appreciate it its rapid stock buyback program. In April, the board authorized $70 billion in buybacks, up from $50 billion in 2021. Accelerated buybacks are likely the best tool Alphabet has in its arsenal to improve returns to shareholders in the short run.

A final company for investors to consider in this worsening market is legendary investor Warren Buffett’s Berkshire Hathaway (NYSE:BRK.B). Unlike Apple and Google, Berkshire hasn’t sold off a great deal this year. The stock is down just 6 percent this year, but it could still be a good buy for investors seeking safe, reliable stocks.
As its longtime head, Buffett’s personal investment results are the driving force behind Berkshire’s performance. In recent months, the Oracle of Omaha has deployed a great deal of his company’s cash stockpile for new investments. Stocks Berkshire has purchased during this time include Occidental Petroleum, Chevron and Citigroup.
In addition to its well-known public stock holdings, Berkshire also holds some 60 subsidiaries that contribute to its overall performance. The most critical of these businesses are Berkshire’s various insurance business lines, which produce float that can be invested in other businesses or stocks. The company has also invested in share buybacks recently, increasing its own ownership and rewarding shareholders in the process.
Over time, Berkshire also has an excellent history of beating the market. Historically, the holding company has roughly doubled the S&P 500. While past returns don’t necessarily predict future performance, it’s clear that Buffett’s investing system has succeeded over time in a variety of different market conditions.
Overall, Berkshire Hathaway stock is a bullish play on value investing. Buffett has always sought out companies that trade below their intrinsic value. While this doesn’t produce the kind of short-term returns that can be seen in high-growth tech companies, value investing has an excellent history of building wealth over long periods of time.