6 Stocks That Could Be Worth Millions  - Financhill

Some companies offer plenty of growth potential as they attack new markets with better products or open up new categories entirely. They’re pretty rare, and certainly not easy to find. But the following 6 stocks might just promise you millions – if you’re patient enough, and willing to play the long game…

As a leading disruptor in the precision genomics space, DermTech is revolutionizing the diagnosis of melanoma and other forms of skin cancer through the development of its own non-invasive smart sticker technology.

And there’s an enormous demand for the company’s product too: skin cancer is the most common form of cancer seen by physicians in the US, with melanoma being the most deadly. Doctors carry out about 15 million diagnostic interventions each year for suspected skin cancer – with 4.5 million of them for melanoma alone.

DermTech’s Director & CEO, John Dobak, reckons there’s a total addressable market of $10 billion in the US for its particular skin cancer vertical, and it has other “precision dermatology” products in the offing too.

The firm’s share price shot up more than 200% in 2021 – but with revenues up 61.5% year-on-year, there’s arguably still plenty of upside in this game-changing stock.

Teladoc is perhaps the quintessential telemedicine stock right now. It has that crucial first-mover advantage; it has high growth drivers for its business; and the company is disrupting an industry that is literally worth trillions of dollars. 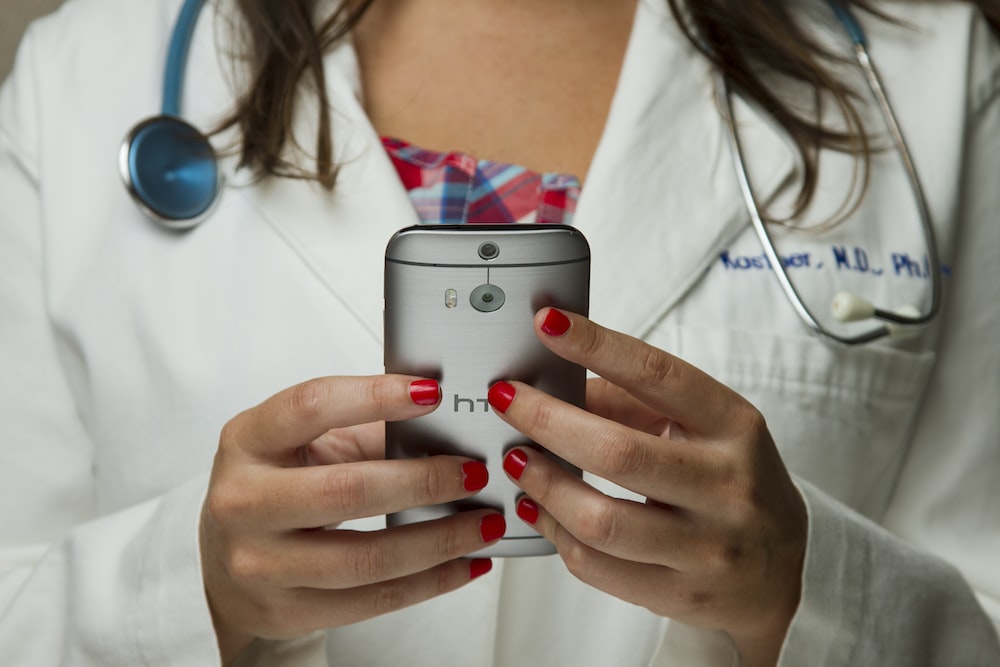 True, Teladoc faces some stiff competition from the likes of Walmart (WMT) and Amazon (AMZN), who are just beginning to make an impact in the telemedicine arena. As such, Teladoc’s business moat might not be as strong as it once was, but it’s still robust.

Even so, Teladoc currently trades at a 50% discount from its previous yearly highs, and with operating cash flow expected to grow by 136% next year, and a forward Price/Sales ratio of just 9.10, this stock looks like a steal at today’s valuation.

Depending on how you measure it, Coinbase is either the largest – or second largest – cryptocurrency exchange in the world, rivaled only by Binance when compared with active current users or total customer assets held.

But don’t be duped; Coinbase is coming under some serious competitive pressure from other crypto companies eager to challenge its status quo. Indeed, platforms such as Kraken and Robinhood see Coinbase’s relatively steep trading fees as a target ripe for attack, threatening the firm’s main revenue generator, and luring clients away to their own sites while they’re at it.

That said, Coinbase can rest easy for now; its business is healthy – with trading volumes through Q1 of $335 billion and revenues of $1.6 Billion – and plans for the company to create what will essentially be a crypto-based financial institution, in which users can store, trade, invest, stake, and lend their crypto holdings.

Coinbase has seen its share price erode since going public earlier this year, although its stock has now stabilized at around the $230 mark. If it can regain the heights it hit of $400+ when it executed its direct listing in April, today’s valuation might appear pretty cheap in the very near future.

Sometimes described as the Chinese equivalent of Robinhood, Futu is a digital brokerage platform that allows traders to buy and sell various financial assets in a range of domestic and international markets.

Futu has had triple digit revenue growth in three of its last four financial trading years; in fact, in two of those, its revenues increased over 200% per annum. Not only that, its profits have also been growing sequentially, starting with a HK$98.4 million loss in 2016, culminating in positive earnings of HK$1.32 billion in 2020.

The rise of the Chinese middle class has also contributed much impetus to the favorable tailwinds that Futu has reaped of late. Estimates suggest that 140 million homes are occupied by the “urban affluent” in China, which accounts for less than a third of the country’s population. Given that in US the middle class represents about half its population, this demographic in China is likely to increase still further.

Futu is growing all aspects of its business at the moment, including expanding its overseas user base (notably Singapore) and clocking up daily average revenue trade increases of 321% year-on-year. At this rate its forward Price/Sales multiple of 20.90 looks very fair, not to mention a trailing Price/Cash Flow of just 8.51.

Upstart is an online platform that uses artificial intelligence to help inform banks on their lending decisions, with an eye to making it easier for underserved customers to access affordable credit.

The company is something of a disruptor in the Fintech space because it uses non-traditional criteria to assess whether a customer would be a suitable candidate for a loan.

The company’s latest earnings results were well received after the firm posted 90% year-on-year revenue growth during the first quarter of 2021, with expanded margins of 48% up 26% for the same period in 2020. Additionally, Upstart made inroads into the lucrative auto loans sector following its acquisition of the cloud-based retail software developer Prodigy.

Investors should be buoyed by the fact that since Upstart is not actually a lender in and of itself, the company does not bear the usual risk of a credit lending institution. Most of its cash flows, 95% in fact, come from the fees it takes from its banking partners, and so the business can focus on its chief strengths without worrying about the macroeconomic headwinds that can curtail many other kinds of financial enterprises.

Sea Limited is a Singapore-based holding company that operates several diverse business offerings, the most important of which are Garena, Shopee, and SeaMoney.

A big part of Sea Limited’s appeal is the distinctiveness of the various business operations that it runs. Garena is the Digital Entertainment wing of the company and is currently the only profit-making section of the firm. Garena essentially functions as a mobile game developer, with its standout product, Free Fire, being played by 650 million users every quarter.

The revenues from Garena are used to fund SE’s other two brands: Shopee, an e-commerce platform servicing a geographical area populated by over 600 million residents; and SeaMoney, the firm’s fintech solution, which offers users a digital wallet, credit lines, and various kinds of payment processing options.

As mentioned, Shopee and SeaMoney do not yet turn a profit, but the cash burn that’s normally considered detrimental to a developing business in the early stages of its growth phase are mitigated within Sea Limited’s unique set-up. Garena’s rich revenue flows act as a kind of in-house venture capital service, directing cash where and when needed, ensuring that the fledging businesses do not fail at those critical bottleneck junctures that ruin so many other promising start-ups.

Should Sea Limited’s expansion strategy pay off, and providing it can weather any competitive threats from global and regional rivals – such as Latin America’s MercadoLibre (MELI) and Indonesia’s Tokopedia – you can expect to see the company justify its high valuation in the near-term, and possibly even start to challenge Alibaba (BABA) in the wider Asian market during the latter half of this decade.