Is Disney a Monopoly? The Walt Disney Company is undoubtedly one of the largest and most well-loved media conglomerates in the world. The brand is synonymous with family-friendly entertainment, and, for nearly a century, the studio has been delighting children and adults alike with its iconic characters, movies and merchandise.

On top of that, Disney is also one of the world’s most valuable businesses. It continues to be a powerful force in the sector today, but, with the acquisition of 21st Century Fox in 2019, has attracted accusations that it is, in effect, a monopoly.
Is this fair? Is Disney really some kind of entertainment leviathan – or is it just a well-run and hugely successful company?
We take a look at the history of the firm, and examines Disney’s role in the industry as a whole. 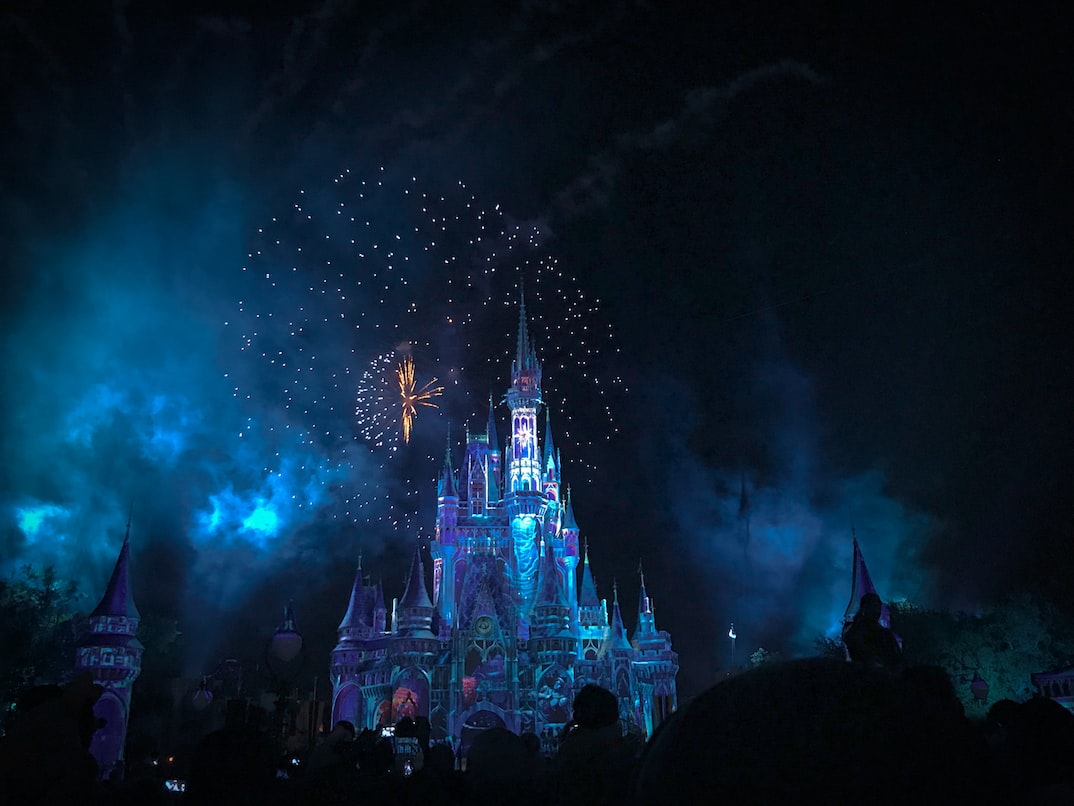 What Is A Monopoly?

The word “monopoly” often invokes certain negative connotations in people’s minds. It’s therefore important to be clear what the term means, especially when used in reference to Disney or any other well-respected company.
So, what exactly is a monopoly? A monopoly is a single company or group that has exclusive control over a commodity, product or service.
Monopolies usually form when there are high barriers of entry to a specific market or industry. Such obstacles may come in the guise of expensive startup costs, special tax breaks for existing companies, or the need to foster brand loyalty which may take years or even decades to achieve.
There are both benefits and drawbacks to being a monopoly. The benefits include the ability for companies to scale up quickly due to their superior cost advantages, as well as the certainty and confidence to set aside large budgets for future research and development.
For consumers, however, monopolies often result in a raft of downsides. Price increases and price discrimination are relatively common, as monopolies effectively become single-seller markets that can fix price levels as they see fit.
Moreover, monopolies have little incentive to improve the quality of their goods and services, leading to inferior products and a paltry lack of choice.

Companies don’t typically become monopolies overnight. In fact, one of the principal characteristics of a market-dominant business is the ability to tame its competition through the process of mergers and acquisitions.
On this point, Disney definitely ticks the box. The firm’s been devouring rivals for years now, buying out Lucasfilm in 2012 and Pixar in 2006.
But it’s not just brick and mortar studios that Disney’s had its sights on; the company’s put a lot of effort into expanding its intellectual property portfolio, purchasing Marvel Entertainment in 2009 primarily for access to its vast library of notable comic book characters.
And while the general public might associate Disney with its famous film productions and cartoons, there’s actually a lot more to the business these days. The firm owns hundreds of different companies and movie brands, including ABC and ESPN, as well as the Pirates of the Caribbean and Star Wars movie franchises.
Naturally, this activity has seen Disney’s box office share rise significantly of late. Indeed, the company more than doubled its stake in the North American market, increasing from 12% in 2020 to 25% in 2021.
Moreover, Disney’s home streaming service, Disney+, is also growing. For instance, its total subscriptions across all services rose to 221 million in the third quarter of 2022, up sequentially from the 205 million reported in the previous period.
There’s no doubt that Disney owns Hollywood’s single-most important treasure trove of intellectual property rights today. It’s also demonstrated to great effect that its expansionist strategy is the most efficient at leveraging the changing viewing habits of its various audiences, and its financial performance has improved accordingly.
But if Disney is clamoring to be the biggest entertainment play in the world right now, why does the market not recognize it as such?
For example, Disney’s market capitalization stands at around $210 billion, which is certainly an improvement on Netflix’s $100 billion.
However, when compared to other big multimedia rivals, Disney appears to be severely underpriced. Amazon and Apple, which each have a presence in the theatrical and streaming vertical, are vastly more valuable at $1.36 trillion and $2.69 trillion apiece.
And Disney can’t argue it isn’t as diversified as other media companies: it has a thriving Parks, Experiences and Products business that generates about half the revenues that its Media and Entertainment Distribution does.

Is Disney a Monopoly or Oligopoly?

It’s clear from the raw data that Disney (DIS) doesn’t strictly qualify as a monopoly just yet.
As mentioned earlier, its share of the US and Canada box office market was far off even being a majority at 25%, while its dominance in the home streaming category fell well behind Netflix and Amazon at just 11%.
This doesn’t necessarily mean, however, that Disney isn’t on its way to becoming a monopoly. The company has plans to roll out its subscription and on-demand products to new territories in Europe and the Middle East, having already launched them in South Africa earlier this year.
In fact, Disney might never need to become a monopoly, as the state of the entertainment industry could be better described as an oligopoly right now.
An oligopoly refers to a market structure determined by a small group of highly concentrated players, with many of the defining marks of a monopoly also applying to the companies that make it up.
For instance, oligopolies have the same high barriers to entry and price-making powers that monopolies enjoy.
Furthermore, the companies that constitute an oligopoly are interdependent on each another, meaning that the decisions one firm makes also impact those of another. This has the effect of maintaining high-quality standards throughout the market, and oftentimes even improves them.

Is Disney Becoming Too Powerful?

Regardless of whether Disney actually qualifies as a formal monopoly, there’s no denying the company has a massive hold over the collective cultural imagination.
Indeed, Disney’s mantle as the custodian of such an important artistic patrimony could be viewed as an intangible asset, giving it an unfair advantage over other media organizations.
There’s also a flip side to this: some fans – and therefore customers – believe that Disney doesn’t have the capacity to care for and adequately curate the works under its custody. They allege that Disney’s focus on the profit motive blinds it to the merits of its works, possibly compromising the creative integrity of future productions.
Either way, Disney’s in a privileged position, a position that could, in some unfortunate but not implausible circumstance, lead to antitrust oversight further down the line.

Conclusion: Is Disney A Monopoly?

The likelihood of Disney becoming a pure, single-seller monopoly still seems fairly remote at this point.
That said, the firm is surely a major participant in an oligopolistic market, and its strong moat will ensure it remains a crucial player in the entertainment industry for many years to come.
Indeed, the costs of entry into the sector are huge, and it’s not an arena that’s particularly vulnerable to disruptive forces. Therefore, Disney will not only retain its commanding role in the space, but it could also expand even further.
However, given that it faces stiff competition from Amazon and Netflix, growth could come at a high cost.
But for now, things are looking good for one of America’s most cherished and illustrious brands.

Where is DIS Headed Next?

Is Disney A Buy Over The Next 30 Days?