What Is Cathie Wood Known For? Cathie Wood is best known as the founder, CEO, and CIO of ARK Invest, also known as ARK. She is noted as one of the world’s best stock-pickers, which has earned her numerous appearances on financial news networks.

She then spent 18 years at Jennison Associates, where filled roles that included chief economist, managing director, portfolio manager, and analyst.

In 1998, she co-founded the hedge fund Tupelo Capital Management with Lulu C. Wang.

During the financial crisis of 2007 and 2008, Wood attracted negative attention for picking stocks that performed poorly compared to the overall market. Still, she continued working as chief investment officer of global thematic strategies at AllianceBernstein, where she managed approximately $5 billion in capital.

After the recession, Cathie Wood wanted to pursue investments that AllianceBernstein considered too risky. She became obsessed with investing in disruptive technologies, so she formed ARK. She named the company after the Ark of the Covenant, which she read about in the One-Year Bible.

Wood’s success at choosing disruptive investments has made her a popular guest on news programs. She likes to make bold predictions, which often draw strong responses from critics. For example, she suffered significant backlash in early 2018 after saying Tesla stock would reach $4,000 per share by 2023.

That spring, the company plummeted 29%. Wood maintained her belief that Tesla was disrupting the automobile industry and would become an incredibly successful business. Tesla stock outperformed her prediction twice in 2021, proving that Wood’s seemingly wild prediction had merit. 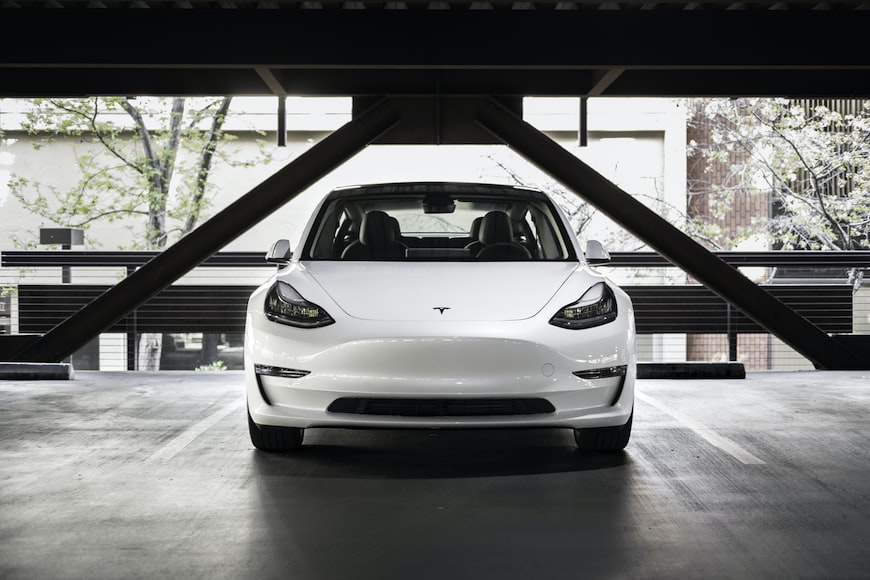 What Leadership Style Does Cathie Wood Have?

Investors tend to focus on the strategies that Cathie Wood uses when choosing stock for ARK and its clients. Business leaders, however, often want to know what leadership style Wood uses to attract talented analysts and managers. Discovering the secret to her success might lie in learning her leadership style.

Cathie Wood is used to making waves, so it’s not surprising to see that she doesn’t follow a traditional leadership style. Instead, she adopts different leadership styles to fit the given situation.

At times, Cathie Wood is an autocratic leader who sticks to her guns and expects employees to follow her instructions carefully. She has built success on independent thinking, so it makes sense that she would have the ability to shut out naysayers that do not share her vision.

Still, Wood has a large, diverse team of men and women working under her as analysts, portfolio managers, traders, and strategists. She relies on her team to share their findings with her. This requires significant trust on Wood’s part.

Although she says that she often feels excited when someone tells her that her predictions are wrong, she has to show some restraint with her employees. She will always have the power to choose which investment opportunities ARK pursues, but she must trust that others give her accurate, thoughtful research that can direct her decisions.

Cathie Wood also shows some traits of a transformational leader. She enjoys working with young people and introducing them to new opportunities. In this way, she follows in the footsteps of the mentor who helped her secure her first job. You can see small examples of Wood’s transformational leadership by looking at ARK’s website. Everyone from interns to executives has a top notch background that can add value to the company.

Is Cathie Wood An Autocratic Leader?

It would be unfair to call Cathie Wood an autocratic leader. She’s much too intelligent to take that approach to running a company and managing her employees.

Autocratic leaders want to make all of the decisions themselves with little input from their subordinates. Wood knows that she maintains control over her company. There’s no doubt about that. She also seems to understand that ARK’s success relies on trusting other professionals to do their jobs without excessive oversight. As long as someone does their job well, Wood doesn’t see a reason to interfere.

Is Cathie Wood A Transformational Leader?

We don’t know a lot about how Cathie Wood treats her employees. There is some indication, though, that she enjoys helping others become the best versions of themselves. Wood likes to take calculated risks with her investment decisions, so there is a good chance that her leadership style has a similar strategy.

Arthur Laffer helped open doors for Wood shortly after she graduated from college. At the time, few women held roles in investing and financing. His support likely made it much easier for her to gain the experience she would later need to start her own company.

By incorporating transformational leadership into her management style, she can give back to the community and help develop the futures of young professionals.

> What Is The Cathie Wood Effect?

What Type of Leadership Style Does ARK Invest Have?

ARK Invest seems to follow Cathie Wood’s approach to leadership. It does not follow a single leadership style. Instead, it adjusts to meet the needs of unique situations.

You can, however, see that ARK Invest believes in collaboration. The large team shares information to reach sound conclusions. The company’s success – and the success of its clients – matters much more than the success of an individual on the team.

What Leadership Qualities Does Cathie Wood Have?

Cathie Wood shows that her leadership qualities include:

Overall, Wood is a fearless, intelligent leader who appreciates what her team does but always retains the right to make a final decision.

Why Is Cathie Wood A Good Leader?

Based on ARK Invest’s success, it’s impossible to say that Cathie Wood isn’t a good leader. She puts her reputation and money on the line to help her company and clients thrive.

It’s interesting to note that Wood’s greatest successes have happened when she started her own fund or company.

She has worked with many high-powered businesses. She certainly earned her clients a lot of money while working at those businesses. Nothing that she did, however, stands out as truly transformative. In fact, she had to leave her job to pursue her belief in emerging, disruptive technologies.

Cathie Wood knows what it’s like for people to question her ideas. She has learned from those experiences that it doesn’t pay to belittle diverse opinions. As an investor, all ideas matter until you have the data to rule them out. In that sense, she’s an exceptional leader who’s willing to share the joy of success and shoulder the weight of harsh criticism.

Is Cathie Wood A Billionaire?

Cathie Wood has never been listed as a billionaire. However, she has probably been a multimillionaire for most of her adult life. By the time she started managing portfolios, she would have earned millions of dollars. Now that she owns her own company and has more capital to invest, she has been able to grow her wealth quickly.

It’s impossible to know precisely how much money Cathie Wood has. Low estimates say that she has about $250 million. High estimates put her wealth at $500 million. Regardless, she is one of the world’s most successful women in business.

Some people confuse ARK’s worth with Wood’s worth. ARK Invest has billions of dollars under management. Although Wood has considerable control over the company’s assets, she does not own it.

How Much Does Cathie Wood Earn?

Since ARK isn’t a publicly traded company, it does not need to reveal how much money Cathie Wood receives in her role as CEO and CIO.

She likely earns a seven-figure salary and receives performance bonuses. Like many executives, her bonuses would almost certainly far exceed far annual salary.

What Does Cathie Wood Invest In?

Cathie Wood likes to take calculated risks when investing. As a result, she can earn exceptional returns by investing in companies with more potential than other analysts see. Under her guidance, ARK Invest follows a similar path.

Some of the companies that Cathie Wood and ARK Invest have bet most heavily on include:

Currently, ARK Invest has more money invested in Tesla than any other of its companies. Tesla makes up about 10.3% of ARK Invest’s portfolio.

Coinbase Global is one of the most surprising investments. When most investors were warning that cryptocurrencies were dangerous, volatile investments, ARK Invest saw an opportunity. Coinbase offered a strategic way to invest in crypto without buying coins directly. Coinbase Global makes up about 3.5% of ARK Invest’s portfolio.

Cathie Wood keeps proving that she’s an insightful investor and leader that knows how to spot opportunities in people, companies, and technologies. While she isn’t a billionaire, she is one of the most successful women in investment. Few people have shown the courage and wisdom to build a team that works as well as the one she has at ARK.