These short-term lending solutions have proven to be popular with tech-savvy millennial and Gen Z customers, whose aversion to traditional forms of consumer credit has opened up the possibility of a revolution for the rest of the industry.
But while the market’s appetite for additional BNPL products has grown, the threat of a global economic downturn has challenged the sector with some fairly severe headwinds.
Indeed, BNPL’s single largest operator, Affirm (NASDAQ:AFRM), recorded a whopping $521 million loss off of revenues of $985 million in the nine months ended March 31, 2022. If that wasn’t bad enough, the company’s operating margins also deteriorated, dropping from negative 44.3% in 2021 to negative 59.8% during the same period this year.
And it’s not only Affirm that’s suffering, either. Swedish outfit Klarna – the biggest privately-owned BNPL company in the business right now – is dealing with its own setbacks too. The firm had to lay off around 10% of its staff in May and, to make things worse, is facing an uncertain regulatory environment in the UK, one of its main territorial markets.
Furthermore, investors seem to be getting cold feet with the sector at the present time, with many wary of the impact a looming recession will have on this relatively new and untested industry.
And yet, into this maelstrom comes the world’s largest company, Apple.
More famous for its range of electronic tech devices such as the Apple iPhone and MacBook computer, the firm has just announced it is rolling out a new BNPL offering by way of its Apple Pay Later application.
However, this development didn’t come out of the blue, and Apple’s vaunt into the BNPL space was anticipated as long ago as December 2020. Indeed, the company’s most significant source of growth lately has been its burgeoning services segment, as its footprint in the music and video streaming sectors has continued to expand.
Moreover, Apple’s aspirations to create its own digital payment and financial settlements ecosystem make this latest move entirely understandable in the current context.
But how does Apple plan on making an impact – and should its competitors have anything to fear? 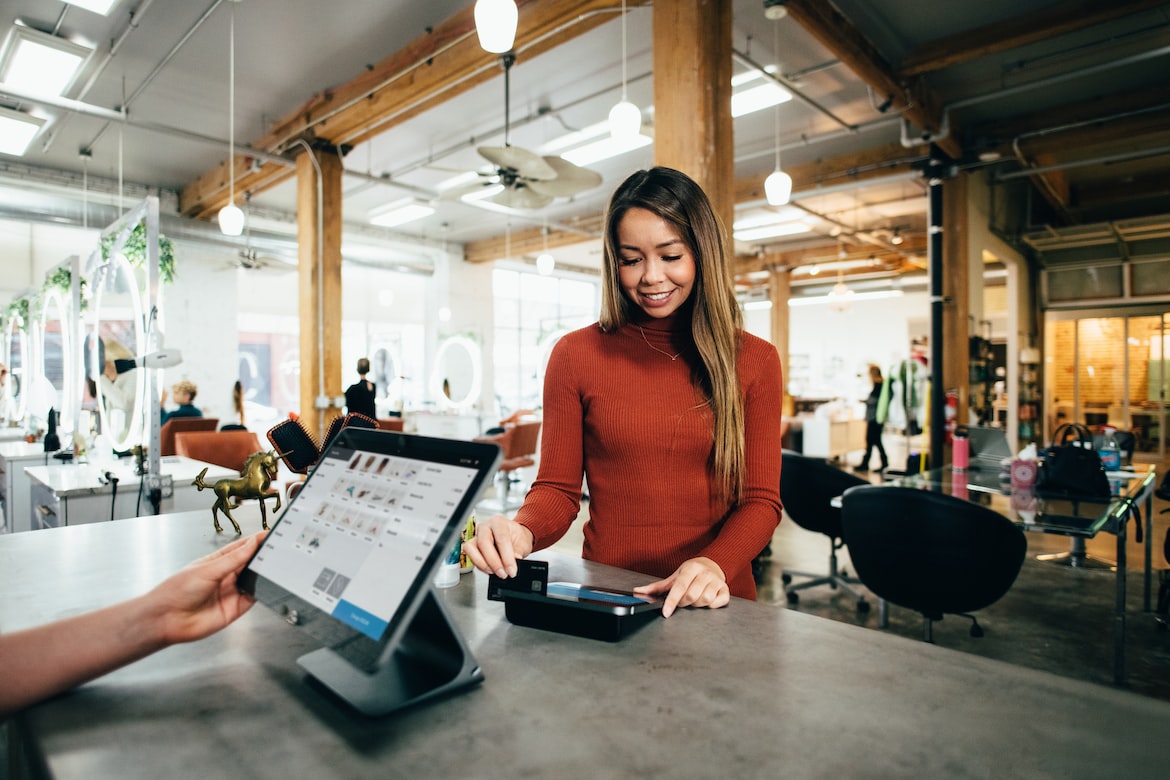 Who Are Apple’s Main Rivals?

The “buy now, pay later” credit industry appears to be teeming with a plethora of hungry companies at the moment, all competing for a slice of the $10 trillion global payments marketplace.
That said, the sector is pretty concentrated when it comes to the key players in the space, with just three brands – Affirm, AfterPay and Klarna – accounting for the majority of customers using BNPL services.
While these three companies have much in common, they each operate in fundamentally different ways.
For example, AfterPay – which was bought out by Block (NYSE:SQ) in 2021 – specializes in smaller overall transaction types, charging merchants a fee for using its application, meaning it can offer customers zero interest on any purchases they choose to make.
Alternatively, Affirm’s lending terms are more flexible, with longer pay-off times but higher associated interest rates.
Klarna, on the other hand, blends these two approaches, offering a brace of interest-free options featuring no late payment penalties, as well as one other product that mixes retailer fees with a small interest charge for those needing to make more expensive buys.

The immediate reaction to Apple’s entry into the “buy now, pay later” sector might be to view it as a well-funded market predator looking to devour the big fish already operating in the space.
But jousting with the present incumbents of the BNPL industry doesn’t seem to be Apple’s overall aim with the release of its new Apple Pay Later offering.
Firstly, other pay-later firms have to struggle just to get their product in front of potential customers. As such, Affirm has secured lucrative integrations with both Amazon and Shopify, making it a payment option for consumers frequenting any one of over 200,000 online stores.
However, Apple Pay Later is firmly rooted within the company’s own digital wallet, Apple Pay, and iPhone users are encouraged to use the app whenever they purchase anything on its various platforms.
This means Apple doesn’t need to secure exclusive contracts like Affirm does, as it has an audience of 1.2 billion smartphone owners – and 500 million Apple Pay users – already there to market to.
Secondly, Apple isn’t targeting the same kind of customers that the typical BNPL provider is.
For instance, studies on the spending power of Apple users consistently back up the idea that they’re more affluent than those who opt for other devices, suggesting that the company isn’t trying to lure away existing pay-later clientele, but instead simply getting its own base to use Apple Pay Later more often.
In fact, Apple Pay Later is likely part of a multifaceted fintech play by Apple, one that is less a standalone product in its own right, but rather something that will integrate the entire universe of Apple applications further into users’ everyday life.

Should Other BNPL Providers Be Worried?

While Apple might not have the “buy now, pay later” industry in its sights just yet, that doesn’t mean it’s still business as usual for the likes of Affirm and AfterPay.
Indeed, operating conditions are getting worse for pretty much all firms in the lending sector today, with rising interest rates and higher numbers of defaulting customers putting pressure on company profits going forward.
But for Apple – with its robust balance sheet and $51 billion to hand – the chance of weathering these difficult economic times is greatly improved.
And that’s not something you can say about many other industry enterprises right now.

Where is AAPL Headed Next?

Is Apple A Buy Over The Next 30 Days?