The advertising industry’s benefited greatly from the growing technological revolution of recent years. Evolving with the changing times, marketers are discovering that outlets such as streaming platforms and social media applications are giving them fresh opportunities to further extend and grow their reach with customers.

Indeed, sell-side advertising businesses like PubMatic are perfectly poised to capitalize on this revolution. The company is a small-cap growth play in the digital advertising space, with plenty more room to expand too. PubMatic runs a supply-side platform that enables Internet-based publishers to find the most appropriate and profitable advertisers to host on their sites.
As such, PUBM serves as a middleman to the digital advertising world, taking a cut of any revenue paid out to content publishers by the advertisers that they host. This means that its income is variable, based both on the amount of advertising volume generated, and the CPM of impressions on each individual webpage.
Since becoming a public company in late 2020, PubMatic has consistently beat revenue and earnings estimates in every one of its five reporting quarters to date. In fact, the company’s strong financial performance has really piqued investor interest in the brand. So let’s take a closer a look to see what this surprisingly low-key growth-stock has to offer.

What Makes PubMatic So Special?

PubMatic created its own specialized cloud infrastructure, tailored to the precise needs of the digital advertising space. And there’s a big advantage to this. By building and developing its own in-house tech solutions, PUBM is able to keep costs down and convert revenues into hard profit.
In fact, its margins are excellent – the company posted a GAAP net income of $56.6 million on sales of just $227 million, giving it a net income margin of almost 25%.
Furthermore, managing its own data operations, PubMatic (NASDAQ:PUBM) is able to leverage insights into its own business more efficiently than its rivals – which is especially important since digital advertising throws up a unique set of demands.
For example, advertising platforms have to process transactions in real-time, which PubMatic can streamline using its own artificial intelligence and machine learning algorithms.
And unlike many of its main competitors, almost all of PUBM’s growth has come from organic sources. Magnite, another sell-side digital ad company, has revenues that are growing at over 100% year-on-year. However, much of this revenue is down to its aggressive acquisitions policy, of which only about 10% can be claimed as internally generated. 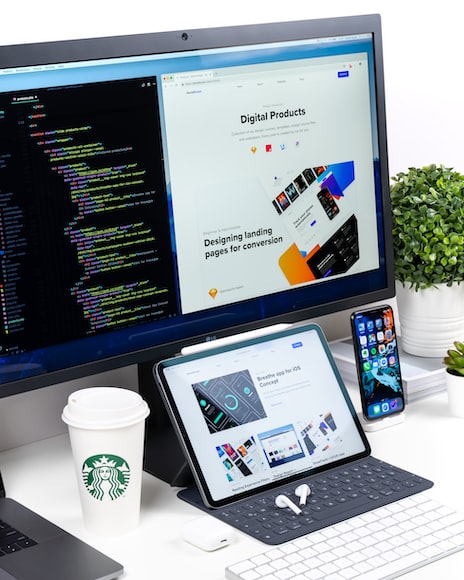 There Is Huge Market Potential

PubMatic generates 344 billion ad impressions every day, with advertisers making an additional 1.2 trillion real-time bids during the same 24-hour period. And this figure’s growing.
In fact, the year-on-year ad spend of PUBM’s top 10 ad verticals increased 50% in the fourth quarter, with an additional 60,000 more advertisers migrating to its platform too. The total amount of global digital ad spend is expected to reach $514 billion in 2022, expanding to $627 billion by 2024.
At the present time, PubMatic estimates its market share to be around 3-to-4%, with a long-term objective to drive this up to 20%.
Interestingly, PUBM’s 2021 revenues of $227 million suggest that the firm still has a lot of upside yet to harvest, which goes to explain why it could grow those year-on-year sales by a massive 53%.
On a granular level, the company’s growth potential appears even more impressive. For example, PUBM’s connected TV revenue grew 500% in the last quarter, demonstrating the opportunity it possesses in its omnichannel expansion.
Crucially, the company’s CEO, Rajeev Goel, revealed in an interview last year that advertising impressions from connected TV command some of the highest CPM rates, at least far in excess of traditional banner ads.
There are also possibilities to grow revenue in the retail media space, as well as through online video and mobile apps.

Forget Google, The Real Threat Is From…

In theory, PubMatic is in competition with some pretty serious rivals, including the so-called “walled-garden” companies like Meta, Apple and Alphabet.
These businesses make a huge fraction of their revenue from advertising sales, and are not so eager to give that up. The problem for such brands however is that the experience for advertisers is fairly muted, with a lack of transparency and control often giving them a bad deal.
In truth though, so long as PubMatic continues to grow, there’s little chance that it will butt heads with any of these megalith companies for quite some time.
The more likely threat to PUBM will probably come closer to home. The Trade Desk, which runs a demand-side platform, could eventually make headway into the sell-side too. The company has denied this previously, but its larger size and ability to scale would make this a problem if it ever back-tracked on that denial in the future.

It’s been a rough few months for small- to mid-cap tech stocks, with advertising companies being some of the worst hit. This is something of a surprise, since PubMatic and its rivals, such as Trade Desk and Magnite, are all profitable businesses.
PubMatic’s own share price, for instance, is down more than 50% over the previous twelve months, while Magnite has lost 38% of its value from the beginning of 2022 alone.
But for investors looking to buy into PUBM, its depressed share price is actually a good thing. The firm is demonstrating some deep value metrics, specifically with its net dollar retention rate increasing from 122% to 149%.
And the company is cheap too – PubMatic trades at a price-to-sales ratio of just 4.45, compared to The Trade Desk’s more expensive 19.46 multiple.

Is PubMatic Stock A Buy?

No doubt inflationary pressures are taking their toll on some high-growth tech stocks at the moment, especially those whose operations are particularly capital intensive. But that said, PUBM’s incremental revenue streams do not come with such high associated costs. What this should mean long-term is that PubMatic can grow, even if the wider macro environment militates against other, similar businesses.
This should come as good news for investors, as rising market volatility would normally preclude a firm like PubMatic from being a wise pick. But given the company is insulated from such headwinds, it makes PUBM a pretty solid choice right now.

Where is PUBM Headed Next?

Is PubMatic Inc A Buy Over The Next 30 Days?